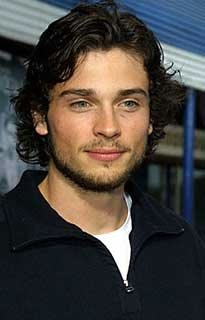 I love surprises. At least, I love GOOD surprises, and last night I had a great surprise. I spent Valentine’s Day at a friend’s house. When I came home, I found Cards placed throughout my house. The one in the kitchen was a Valentine from my dog Jack. He’d enclosed a mocha lip balm. Very sweet of him.

The card on the dining room table was signed “Love, D.K.” and had dangly amethyst cube earrings. The card next to my bed had a different flavor of chap stick and was signed by Lance Bass. The fourth card was signed by Tom Welling and held diamond studs.

Now before you write me off as a completely psychotic stalker, there’s really a very funny explanation. And it’s all based on my weird dreams. 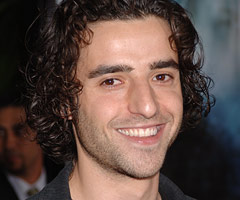 About a month ago, I dreamed that I was being romantically pursued by Clark Kent (played by Tom Welling) and Charlie Epps (played by David Krumholtz on Numb3rs). I couldn’t decide between the two since they’re both such ‘wonderful guys’. So, as a test I told them each to make me a pair of earrings that they had designed themselves. Charlie made amethyst and diamond cube shaped studs with my initial etched on the diamond front. They were very pretty and I knew that it was all very ‘mathematical’. Now Clark made me diamond studs by compressing the coal in his fists and then setting them with his laser vision. (I know, total throw back to 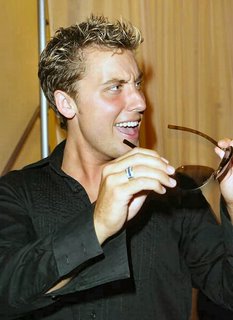 the ‘engagement’ episode.) Anyway, I loved both pair of earrings and I still couldn’t choose between them. Finally, Lana Lang came along and took Clark back which left me with Charlie and I was quite happy with that ending.

When I told my sister this dream, she laughed hysterically. See, it’s not uncommon for me to dream about famous people I find attractive, like Lance Bass, however Angel thinks that I’m absolutely crazy to find David Krumholtz attractive. The fact that I ‘chose’ him subconsciously over Tom Welling just floored her. So as a fun little trick, she decided that I should get a Valentine from ‘all the men in my life’. To top it off I’ve been finding little chocolates tucked in all my drawers.

It was so much fun and made for a great Valentines Day.

How fun is that???!! Chris once left me a trail of hershey's kisses that lead to different things.

That's adorable! Too bad he wasn't more on the ball this year. Did he like the valentine you made?