Song Stuck on the Brain: Firework by Katie Perry

Sadly, my copy hasn't arrived by mail yet, but I'm looking forward to reading Kathy Herman's latest. I was very taken by the first book in the series, False Pretenses. I reviewed that in March, earlier this year. I have no doubt that Dangerous Mercy will keep me equally enthralled.
Read my review of Dangerous Mercy HERE.

Blessed are the merciful, for they will be shown mercy. —Matthew 5:7

When eighty-five-year-old Adele Woodmore moves to Les Barbes to be near the Broussards—and her namesake, their daughter—she wants nothing more than a comfortable, quiet life. Employing men from Father Vince’s halfway house for the homeless to do odd jobs and landscaping, she delights in the casual conversation she has with them, the fledgling friendships, and the idea that she is helping them get back on their feet.

A series of murders in Les Barbes has cast a pall over the town and, in fact, one of Adele’s handymen becomes a person of interest to the police. But Adele cares for these young men, she knows them, and continues to show them kindness in spite of her friends’ concern. And then one day a murderer walks through Adele’s defenses, sits down at her kitchen table...and they begin to talk...

If you would like to read the first chapter of Dangerous Mercy, go HERE.

Suspense novelist Kathy Herman is very much at home in the Christian book industry, having worked five years on staff at the Christian Booksellers Association (CBA) in Colorado Springs, Colorado, and eleven years at Better Books Christian Center in Tyler, Texas, as product buyer/manager for the children’s department, and eventually as director of human resources.

She has conducted numerous educational seminars on children’s books at CBA Conventions in the U.S. and Canada, served a preliminary judge for the Gold Medallion Book Awards of the Evangelical Christian Publishers Association , and worked as an independent product/marketing consultant to the CBA market.

Since her first novel, Tested by Fire, debuted in 2001 as a CBA national bestseller, she's added sixteen more titles to her credit, including four bestsellers: All Things Hidden, The Real Enemy, The Last Word, and The Right Call.

Kathy's husband Paul is her manager and most ardent supporter, and the former manager of the LifeWay Christian Store in Tyler, Texas. They have three grown children, five almost-perfect grandchildren, a cat named Samantha. They enjoy cruising, deep sea fishing, and birdwatching—sometimes incorporating these hobbies into one big adventure.
Posted by April Erwin at 9/30/2011 No comments:

I think this might possibly have been the most moving book I've read this year. I couldn't put it down. The insight into humanity and who we are as individuals was very well done, but the use of Natalie's illness was brilliant. The inability to forget, not just an event, but every detail and micro expression. Emotions, in essence freezing as indelible images on her mind, blocking all but the insight she's been shown to the inner soul. Although a painful condition, she's used her sculpting to deal with it and create beauty. What has seemed like a curse to Natalie, may be more of a gift than she's ever realized.

There's definitely romance in the air for several couples, and the nail biting anticipation to discover who the creepy guy is that's photographing children in dangerous situations is suspense done right. But it's more than just a romance or a suspense, it's a love story. An example of an all encompasing love that looks beyond the pain, cracks and ugly to see what God really intended. Beautifully written. I can't recommend it enough.

And if you worry about sleeping at night, be sure to read it early in the day before it gets dark. :)
ABOUT THE BOOK: 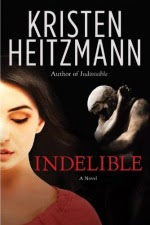 Broken dreams don’t keep former gold medal skier and Search and Rescue volunteer Trevor MacDaniel from taking life head on, but personal loss has driven home how fragile and fleeting life and innocence are. He will risk his life for someone in need, as Natalie Reeve learns when her nephew is snatched from a trail by a mountain lion.

An eidetic savant, Natalie processes emotional images that lodge in her mind by sculpting the faces in clay. She displays her nature statues at her gallery, but hides the faces that are part of her gift, part of her disability. Seeing beneath the surface, she processes the micro expressions and reveals, in clay, the person she sees with God’s eyes.

Fleur Destry lost her sight at fourteen, but that doesn’t stop her from painting studies in colors she now sees only with her mind’s eye. Her oil paintings are the perfect match for Nattie’s sculptures, a fit as natural as their new friendship.

Redford, Colorado, has recovered from the bizarre events of the previous fall, but Jonah Westfall is still intent on protecting his own when something dark once again threatens the tranquility of his burgeoning town. Strapped for personnel and resources, he relies on Trevor and even Natalie to unravel the threat posed by someone who identifies himself with the fallen angel of Milton’s Paradise Lost and imagines Trevor his opposite, an archangel and heaven’s chosen.

To read an excerpt click HERE.
ABOUT THE AUTHOR: 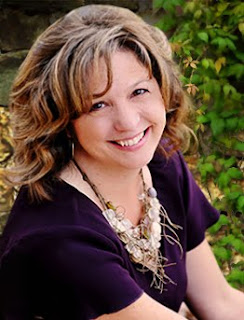 Kristen Heitzmann is the bestselling author of two historical series as well as ten contemporary romantic and psychological suspense novels, including The Still of Night, nominated for the Colorado Book Award; The Tender Vine, a Christy Award finalist; and the Christy Award-winning Secrets.

She lives in the Colorado Rocky Mountain foothills with her husband Jim and sundry family members and pets.


I received this book for free from WaterBrook Multnomah Publishing Group for this review
Posted by April Erwin at 9/29/2011 No comments:

I've never seen such beautiful shots of Jerusalem, the video really opened my eyes to see it as a whole on a scale I couldn't have imagined otherwise. I can't say whether the movie will be any good, but the photogrophy is amazing.

Jerusalem Filmed in Imax 3D from JerusalemTheMovie on Vimeo.

Is there a new Weasley in town?

I cracked up the minute I saw the baby's laugh at the end. It's priceless. It makes me wonder how long the filmmakers shot before they captured that laugh. Next up, Capital One should shoot a commercial that features Harry and Jenni's child. Can't you see a little black haired baby wearing tiny glasses?
Posted by April Erwin at 9/25/2011 No comments: