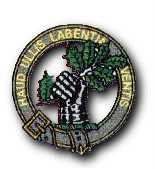 There’s something about knowing where you’re from that makes you feel more connected with the world around you. I find it fascinating the lengths many people will go, to trace their heritage. Not to knock it, I’ve worked our family tree for years. But what’s interesting is how we pick and choose what part of our past to claim.

My family is pureblooded mutt. I don’t doubt that a lot of other people’s are too. My ancestors are German, Swede, English, Native American, Scotch and probably other stuff I’ve yet to track down. My last name, however, is Scottish. Now, I find all of my heritage interesting, but what I claim the most is the Scotch. I find my soul identifies with the Celtic blood the most. Everything about it fascinates me. I love the music, the lore and legends, the history and poetry. The accent makes me feel warm and fuzzy (especially when spoken by a good-looking man - Hello Sean Connery!). I have never set foot in Scotland, and yet that is where I most long to go. I want to see and smell the highlands, taste the salt in the air around the coasts.

Sadly, the chances of me going to Scotland any time soon are pretty slim. That hasn’t stopped me from pursuing a regular Scottish fix, though. It started with historical novels set in the wild lands of Scotland and Ireland. Then, through a friend I was introduced to The Scottish Highland Games. Those are a blast. I love to watch the muscle men in kilts tossing the caber (You know the telephone pole things.) Who knew that there was actually a skill and logic involved in that? I always thought it was just a bunch of hard heads betting on who was stronger, but it turns out there’s a whole lot more to it than that.

It was while we were at our first games, that I was introduced to the CIA. They were so fascinating I joined up immediately. Now I’m a dues-paying member of the Clan Irwin Association. (Surely you didn’t think I meant spooks?) Turns out my last name has been spelled over 250 ways over the last ten centuries, and they’re all linked to the same ancestor- Duncan Erinvine. In fact, ours was a royal blood line (I always new my dream of being a princess wasn't completely delusional.) Eventually that Duncan’s ancestor, Prince Duncan was made King of Scotland, where he ruled only a short time, until his cousin, MacBeth, murdered him. Yep, Shakespeare has immortalized us. Lady MacBeth’s wails of ‘out damn spot’ stemmed directly from the death of my ancestor. (The only time I use that phrase is when I’m doing laundry, but still I feel connected none the less.) 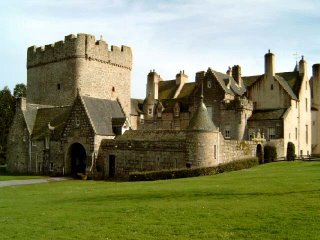 Jump ahead a few hundred years and another grandson of the long dead Duncan is fighting for his rights to the Scottish throne. That’s right, Robert the Bruce was also a descendant. I find that the Irwins were quite involved in his battle for the throne. We already held the Bonshaw lands, when Robert faced and beat the English in the battle at Bannockburn. But due to William de Irwyn’s protection of the Bruce during one of their many battles, Robert granted de Irwyn Drum Castle. The Barony of Drum is still held to this day by the Chief of the clan, David Irvine, 26th Baron of Drum.

Now in reality, that is but a tiny portion of my heritage, and a lot of ancient history. I am first and foremost AMERICAN, an amazing heritage in and of itself. But when I see my fellow Scots at the games, or read a historical novel and recognize part of that as MY history, I feel like I’m part of something bigger. Something meaningful. Forget politics, even those within the same family often disagreed, but the sense of family and clan is something that resonates well with who I am. And I find that it resonates well with a lot of people. There’s nothing like being greeted warmly by a ‘cousin’. You may have never met before, but to a Scotsman - you’re family, and that’s something everyone could stand to have a little more of.

Slán agus beannacht leat (Goodbye and blessings with you.)

P.S. I've recently been able to track our family line directly back to Alexander Irvine, the 6th Laird of Drum. I created a video to display the 19 generations plus some great pics and info about the family line. Check it out.