The Huntress of Thornbeck Forest by Melanie Dickerson

Robin Hood has always been one of my favorite tales, so to see a strong, caring female in the role of archer is always a fun spin. Odette Menkels is both a shining light and an oddity among the women in her era. Her courage and independence make her desirable and yet outside the norm of what society expects of women at that time. Despite all societies pressures to get married for security, Odette would rather provide food for the poor and study, things she's sure a husband wouldn't allow her to do. Love is a must for marriage. Bravo, Odette. You're a woman after my own heart.

Jorgen is a strong, handsome man with mettle and valor. He's also kind and gentle. If only he had the money and societal standing to convince Odette's uncle he's a worthy suitor.

If only I could magically transport Jorgen to present day and off the pages of my book. Wow. He had me at hello, so to speak. :) The growing relationship between he and Odette is not just sweet, but at moments breathless. Even though it seems to be doomed from the beginning, happily ever afters are possible in Thornbeck Forest and I love the twists and turns that finally bring them together.

Melanie did an amazing job recreating a story I love into another tale I love just as much. Odette and Jorgen are characters that transcend the page and become legends in their own right. 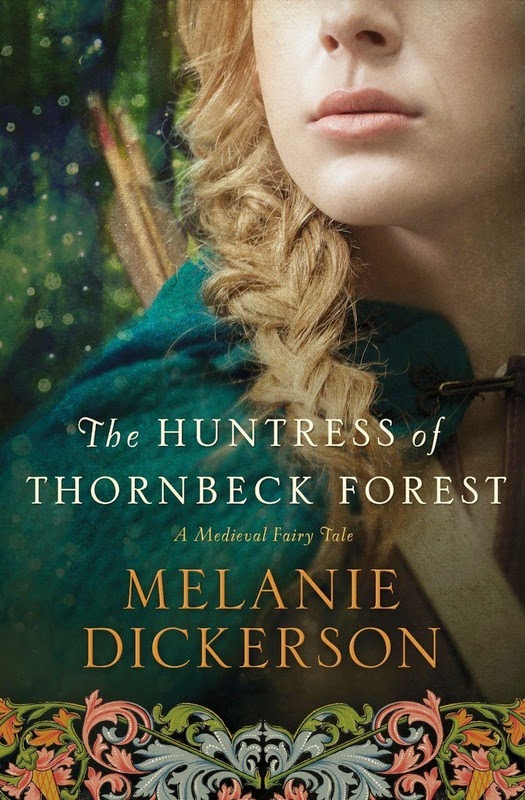 A beautiful maiden who poaches to feed the poor. A handsome forester on a mission to catch her. Danger and love are about to unite in Thornbeck Forest.

The margrave owns the finest hunting grounds for miles around—and Odette Menkels spends her nights poaching his deer to feed the hungry orphans of Thornbeck. By day, Odette is a simple maiden who teaches children to read, but by night this young beauty has become the secret lifeline to the poorest of the poor.

For Jorgen Hartman, the margrave’s forester, tracking down a poacher is a duty he is all too willing to perform. Jorgen inherited his post from the man who raised him ... a man who was murdered at the hands of a poacher. When Jorgen and Odette meet at the Midsummer festival and share a connection during a dance, neither has any idea that they are already adversaries. The one man she wants is bound by duty to capture her; the one woman he loves is his cunning target . . . 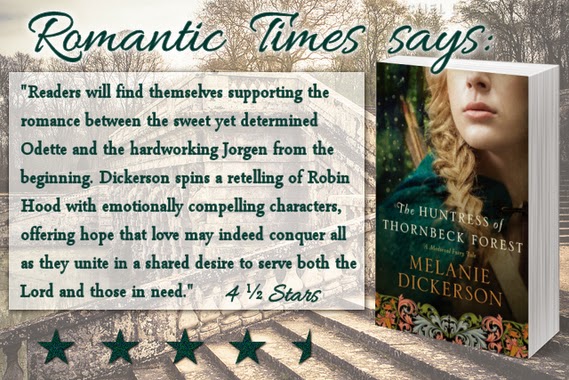 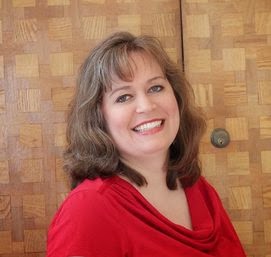 Melanie Dickerson is an award-winning author who earned her bachelor’s degree in special education from The University of Alabama.

She has taught in Georgia, Tennessee, Germany and the Eastern European country of Ukraine.

A member of American Christian Fiction Writers (ACFW) and Romance Writers of America (RWA), she now spends her time writing and taking care of her husband and two daughters near Huntsville, Alabama.

I received this book free from the publisher through Netgalley in exchange for my honest opinion.
Posted by April Erwin at 4/29/2015 2 comments:

Listen to my Live interview on Power of Perception Radio

I had a blast this afternoon talking with Scott Golden on Power of Perception Blog Talk Radio. Scott asked some really fun and insightful questions. I just hope I did a great job of answering them all! :) We discussed my writing style, novels, faith and life in general. I'd love to hear your thoughts on the interview. Feel free to comment below.
https://www.blogtalkradio.com/powerofperceptionradio/2015/04/18/power-of-perception-writers-with-april-erwin

Check Out Spirituality Podcasts at Blog Talk Radio with Power of Perception Radio Network on BlogTalkRadio
“Dream big, be bold, no fear! April Erwin is the author of suspenseful and humorous inspirational contemporary stories that reflect her faith and life motto. A lifelong resident of Independence, MO, April loves living in her hometown. Raised in the Gospel, she's thrilled to achieve her dream to become a writer and use that to witness of her Christian faith. She holds an Associate in Graphological Science, the study of handwriting analysis, tutors dyslexic and reading challenged individuals, enjoys photography, is a singer/songwriter and records original music with her sister, Angel. Also the author of Dysfunction Junction and Missing Pieces, Justice Burning is her third published novel.”Music has been an integral part of my life forever. I started singing in an A cappella trio called, The Erwins, with my mom and sister when I was about 11. I began writing songs in 2001, when Angel and I joined and recorded our first two original songs. "Free to Fly" and "Rain on Me".I started writing my first "book" about bunnies in First grade. In the Fifth grade and I filled 3 notebooks by hand telling a suspense story. My Senior year in high school I saw a scene in my mind of a young woman in an attic exploring a trunk that had been left to her as part of an inheritance. At first it was just the scene, but soon it expanded and after several years of writing classes, I published Missing Pieces. It was adapted as a school play by my high school Alma Mater where the story was first born.Dysfunction Junction was my second book about a Romantic Comedy about a young songwriter looking for love.After high school I worked full time and took classes that intrigued me. Writing, photography,  & graphology to name a few.HYPERLINK "http://www.AprilErwin.com" www.AprilErwin.com
Posted by April Erwin at 4/18/2015 No comments:

Justice Burning is available for Pre-Order

I'm so excited to see my third novel published. This book has been in the works from daydreams through edits to contract for many years. I'm so happy to see my heroic fireman made available to the rest of the reader world. I hope you all enjoy love Aidan and his family as much as I do. :)

Justice Burning is available for pre-order on Amazon Right NOW! 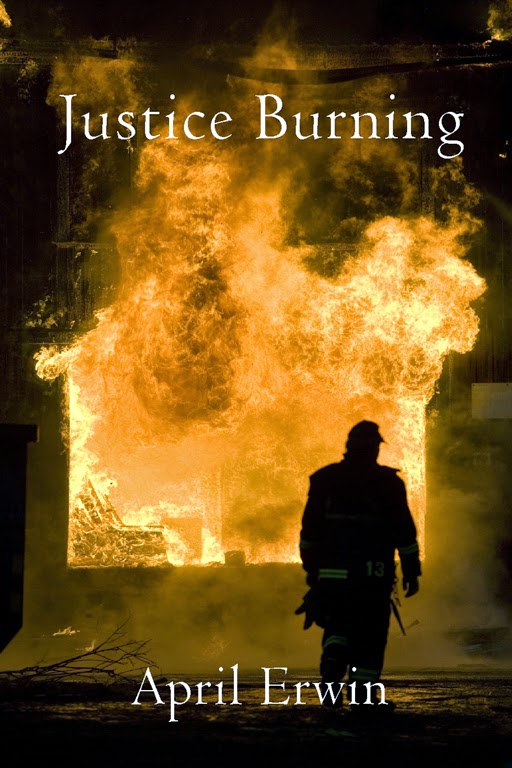 Widowed Fire Investigator, Aidan McLeod is determined never to fall in love again. Serving his family and community is enough. School counselor and graphologist, Morgan Daryl inherited her Grandmother’s farm. Ready for a fresh start, she leaves a tragic past behind to move to Justice, Missouri. An explosive fire at Morgan’s school triggers a series of escalating fires throughout town. At each fire, the arsonist leaves a note. Can Morgan’s graphology training help? As Aidan works to catch the arsonist, he struggles against a growing attraction to Morgan. Can Aidan learn to trust Morgan with the investigation and his heart? Aidan will have to decide soon, because Justice is burning and it’s up to Aidan to stop it before someone ends up dead.


Pre-order your e-book now, or order your paper back next Friday, April 24th. 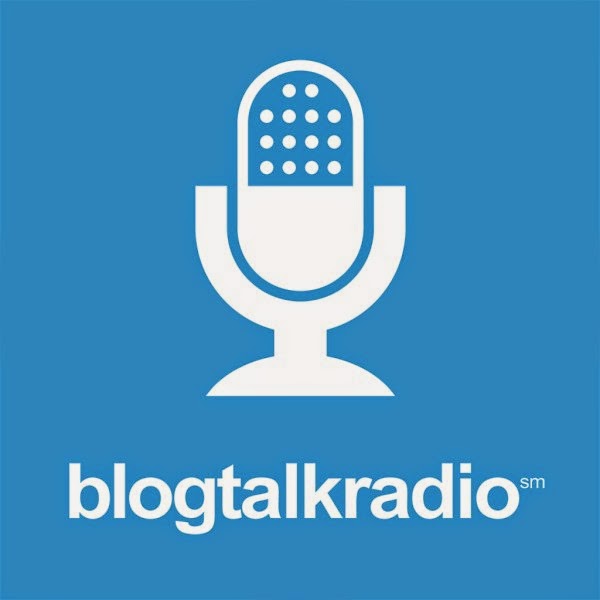 Tune in Saturday, April 18th to Power of Perception Radio to hear my live interview!

Song Stuck on the Brain: Do You Want to Build a Snowman? from Frozen

I love the SciFi/Fantasy category. There are a lot of really cool imaginative minds in this world, Mary Weber's is one of them. No matter how much I like a genre, there are always a few stories that stand above the rest. Narnia, Lord of the Rings, Star Wars, Firebird... Storm Siren did that for me. From the amazing, beautiful cover to the captivating characters. I. Am. Hooked. I can't help but wonder when is the movie adaptation? Surely someone in Hollywood has to see the big screen potential here.

I love the setting. This fantasy world had a touch of steam punk and I love the combination. The descriptions are fantastic. Nym is a unique character in a way that's hard to define. She's both powerful and humble, full of self-doubts and anger, yet also is full of love and compassion to others. She may have super powers but Nym feels like a very clear glimpse into the human nature of us all. The allegorical nature of the characters and story is beautiful.

That's just a small part of the beauty of this book. It's deepness is something that hits after the fact. While I was reading, I was completely caught up in the action, politics, fashion, romance and espionage. I'll admit being a Storm Siren sounds pretty cool if you can control it. :)

The only complaint I had with the book was that it ended too soon. I didn't realize it was a trilogy at first so when it ended with a lead in for Siren's Fury, I was both thrilled and frustrated. I'm not a patient person. BUT as a writer I know how hard the author's job is and how time consuming writing and publishing a book can be. So I think the fact that the sequel is releasing June 2nd is pretty amazing.

I'm very excited to dive into the next book. 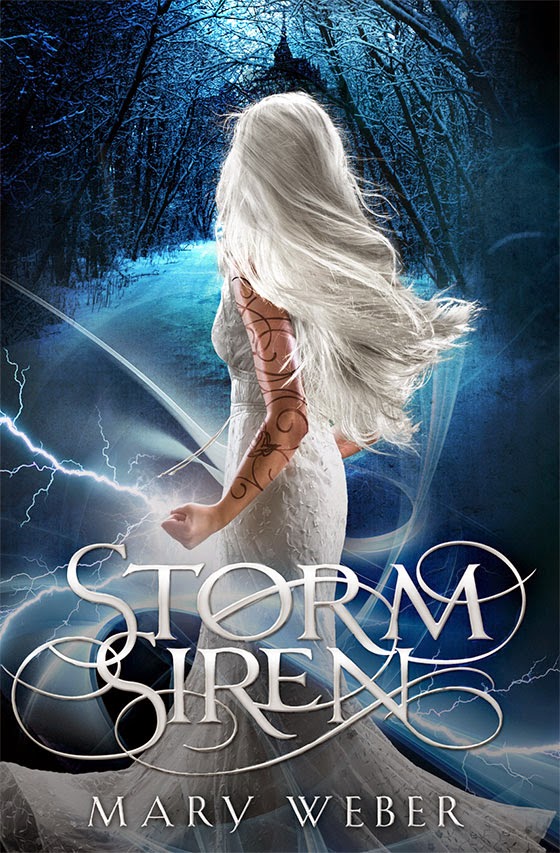 “I raise my chin as the buyers stare. Yes. Look. You don’t want me. Because, eventually, accidentally, I will destroy you.”

In a world at war, a slave girl’s lethal curse could become one kingdom’s weapon of salvation. If the curse—and the girl—can be controlled.

As a slave in the war-weary kingdom of Faelen, seventeen-year-old Nym isn’t merely devoid of rights, her Elemental kind are only born male and always killed at birth—meaning, she shouldn’t even exist.

Standing on the auction block beneath smoke-drenched mountains, Nym faces her fifteenth sell. But when her hood is removed and her storm-summoning killing curse revealed, Nym is snatched up by a court advisor and given a choice: be trained as the weapon Faelen needs to win the war, or be killed.

Choosing the former, Nym is unleashed into a world of politics, bizarre parties, and rumors of an evil more sinister than she’s being prepared to fight . . . not to mention the handsome trainer whose dark secrets lie behind a mysterious ability to calm every lightning strike she summons.

But what if she doesn’t want to be the weapon they’ve all been waiting for?

Set in a beautifully eclectic world of suspicion, super abilities, and monsters, Storm Siren is a story of power. And whoever controls that power will win.

Mary Weber is a ridiculously uncoordinated girl plotting to take over make-believe worlds through books, handstands, and imaginary throwing knives. In her spare time, she feeds unicorns, sings 80’s hairband songs to her three muggle children, and ogles her husband who looks strikingly like Wolverine. They live in California, which is perfect for stalking L.A. bands, Joss Whedon, and the ocean.
{Facebook: marychristineweber, Twitter @mchristineweber, Blog: maryweber.com}

In conjunction with the CSFF Blog Tour, I received a free copy of this book from the publisher.
Posted by April Erwin at 4/14/2015 1 comment: