CFBA: Swept Away by Laura V Hilton and Cindy Loven

Song Stuck on the Brain: Mary Did You Know? by Pentatonix

Sara Jane's grandma reminded me a little of my Granny, God rest her soul. Spunky, sharp and known for having both a sweet nature and little bite. It made me feel like I could connect with her a tad bit more. And Andrew? Mmm! There's a lot of good stuff under all that broom dust! This was a fun story with a touching look at romance mixed with complicated family issues. 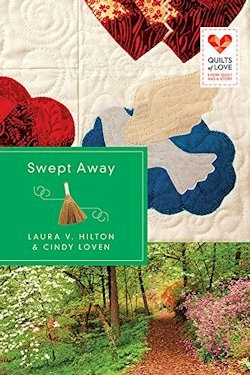 Sara Jane Morgan is trying to balance teaching with caring for her ailing, stubborn grandmother. When school lets out for the summer, the plans are for Grandma to teach Sara Jane to quilt as they finish up the Appalachian Ballad quilt Grandma started as a teenager. But things don’t always go as planned. Andrew Stevenson is hiding from his past—and his future. He works as a handyman to pay the bills, but also as an artisan, designing homemade brooms. When Sara Jane’s grandmother hires him to renovate her home, sparks fly between him and his new employer’s granddaughter. Still, it doesn’t take Sara Jane long to see Drew isn’t what he seems. Questions arise, and she starts online researching him. What she discovers could change her life—and her heart—forever.

If you would like to read the first chapter of Swept Away, go HERE.

Award winning author Laura V. Hilton has penned many novels, including the Amish of Seymour series, the Amish of Webster County series, and the forthcoming Amish of Jamesport series. A member of ACFW, Laura is also a professional book reviewer for the Christian market, with over a thousand book reviews published at various online review sites. A pastor’s wife, stay-at-home mom, and home school teacher, Laura and her family make their home in Horseshoe Bend, Arkansas.

A lifelong reader, Cindy Loven is an active church wife of a minister and mother to one son who is a home school graduate. Cindy and her family reside in Conway, Arkansas.
Posted by April Erwin at 11/25/2014 No comments:

CFBA: Saved by the Fireman by Allie Pleiter

Song Stuck on the Brain: How Do You Solve a Problem Like Maria?  It's one of my niece's senior year and they're performing the Sound of Music this weekend for the Fall musical. She mentioned how odd it felt to see so many nuns running around suddenly and this song popped in and won't go away.

Saved by the Fireman
Love Inspired (October 21, 2014)
by
Allie Pleiter

Is it hot in here or is that just Jesse Sykes?

Cheesy intro or not, that's pretty much how I felt. Jesse is "hot" in all the right ways. Known as 'Pipes' on the squad for his golden voice, he can calm children and turn women to jello all with with same song. He's a master at the stove and at the power tools. He's every woman's dream in my book. Even has the dark good looks. :)

Afraid that makes it too predictable or cheesy? Not in my book. There's always a little bit of a vague formulaic outline, keep in mind these are romance novels by the month. That doesn't mean that there isn't cleverness and fun included. I thoroughly enjoyed Charlotte and Jesse's hot stepping around the issue of love. It was funny, sweet and addictive. In fact, I found out this was the fifth book in the Gordon Falls series by Allie Pleiter. I'm already searching Amazon to find the rest of the series. This one easily stands on it's own, but I love the cast and location (as well as her great writing) so much, that I'll be investing in the rest of the books. 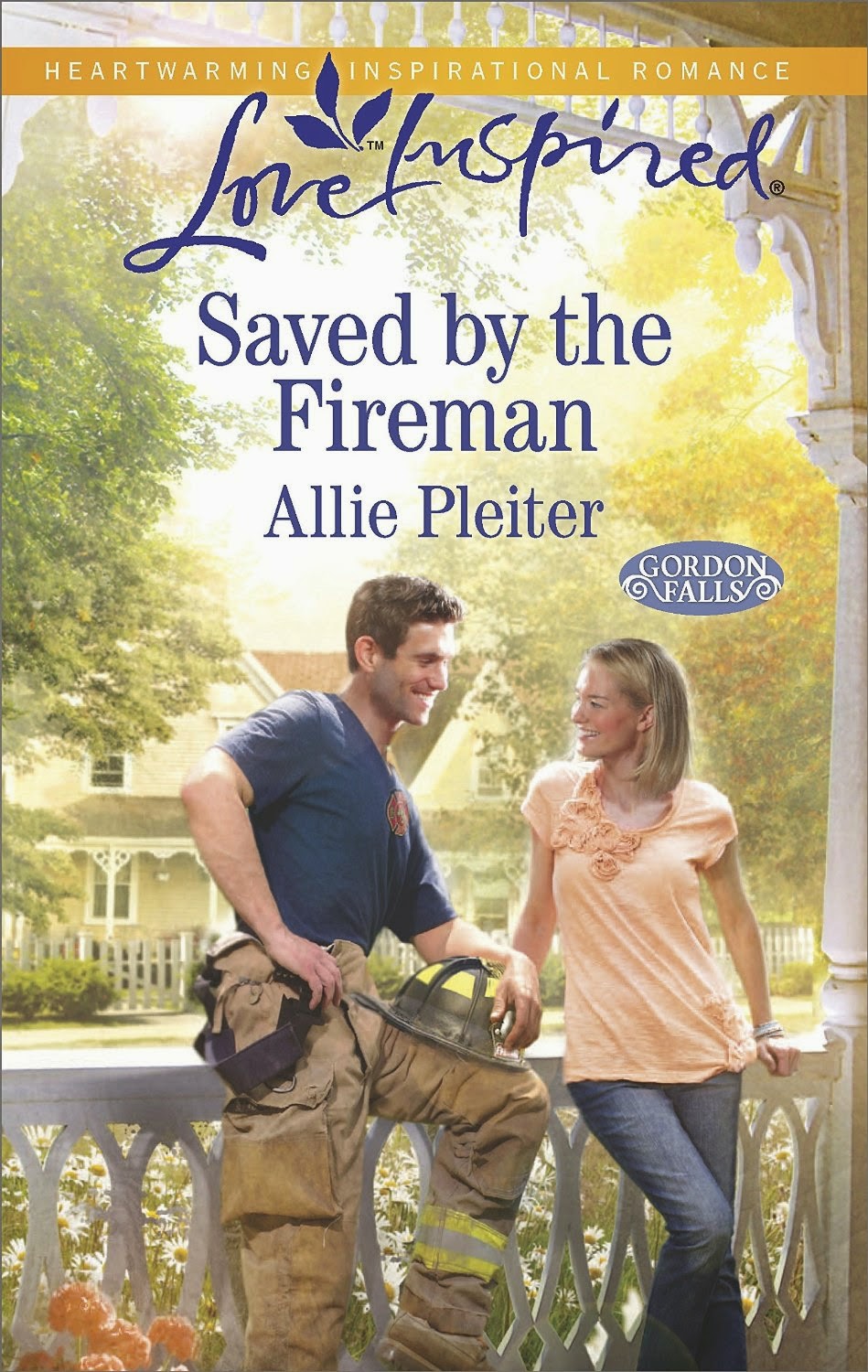 Charlotte Taylor isn't good at playing it safe. Reeling from the sudden loss of her job and her beloved grandmother, Charlotte knows buying a dilapidated cottage in Gordon Falls isn't exactly practical. Especially since she just hired the one man who may love the property more than she does to help renovate it. Volunteer firefighter and part-time contractor Jesse Sykes can't stay mad at Charlotte for very long. Though she snatched up the home he'd planned on purchasing, Charlotte's dreams are big enough for both of them…if only she'd let him in. Charlotte promised she'd never fall for a first responder, but is it already too late?

If you would like to read the first chapter of Saved by the Fireman, go HERE 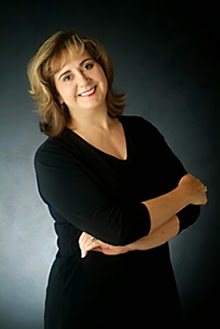 Enthusiastic but slightly untidy mother of two, Allie Pleiter writes both fiction and nonfiction. An avid knitter, harp player and non-reformed chocoholic, she spends her days writing books, doing laundry, running carpools and finding new ways to avoid housework. Allie grew up in Connecticut, holds a BS in speech from Northwestern University and currently lives in suburban Chicago, Illinois. The "dare from a friend" to begin writing eight years ago has blossomed into a career that includes numerous public speaking engagements, two books on parenting; Becoming a Chief Home Officer and Facing Every Mom's Fears and now novels for Steeple Hill Books. She is the mother of two children and, most recently, a Havanese dog named Bella.
Posted by April Erwin at 11/05/2014 No comments: