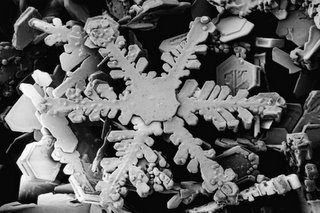 Brrr! It’s freezing outside! I am not ready for snow. I know, there’s only a dusting and it’s only sticking to my deck, but it’s SNOW. Don’t get me wrong, I love a white Christmas – but that’s it. After that it’s just a pain in the proverbial tushie.

The glare of sunlight glancing off the snow’s somewhat brown surface as it lines the streets nearly blinds me. Not to mention the slippery streets that bring out the best of the worst drivers in town. There’s nothing like black ice hidden so innocently by the fluffy white stuff to tie up the highway like a double knotted pretzel. Then there’s the scraping of the windshields and the shoveling. I hate shoveling. Good thing I have a nephew that likes to earn a few bucks. He can shovel to his little hearts content.

Really, the only way to enjoy a good snow is at home, curled up in front of the picture window with a good book and a cup of cappuccino. I’m even okay with the electricity dropping for a short time, as long as I don’t have to go anywhere, but that seldom works out. I work in the caves and I’m only minutes away from work. If the electricity goes at home, it’s still on in the caves and since I’m closest, I still have to go to work. That means no curling iron, hairdryer or hot water. YUCK! However you can’t turn back weather anymore than you can time, so I simply bide my time until spring when I can get prepared to complain about summer.

Yet - despite all the things I hate about snow - I'm still awestruck by the amazing beauty, originality and science displayed in each tiny flake. They may be wet, cold and miserable, but they're also fantastic displays of the depth God put into His creation. It didn't matter to Him that you had to use microscopes to see the intricate parts of His work. He didn't care that most of us would never see that far into the depths of His creation. But when you do, when you have a chance to look deeper, you'll find that even the minutest part is a masterpiece of beauty. From the inner workings of a molecule to the far reaches of space to the everyday snowflake.

Here's to skipping the whining and taking a deeper look.

I so know what you mean!!! I hate snow...if I have to drive in it. I love for it to snow when I'm home cozy in my house, drinking hot chocolate, playing or reading with Lauren. All of my time off is going to be dedicated to snow days. Oh, well.