Song Stuck on the Brain: Beautiful One by Jeremy Camp

Sorry to short you on posts again, buy my Internet was down for a while. Cable was too. Talk about torture! Thankfully, they're both up and running again. However, I'll warn you now that Friday won't have a post. I'll be unable to access a computer that day.

Since you've been so patient with me being behind on posts, (Okay, maybe you've not been patient, but since I can't hear you complain, I'm giving you the benefit of the doubt) today I'm going to share with you my latest weird dream.

The whole night was rather odd. I started off dreaming about being at work in the bat cave. 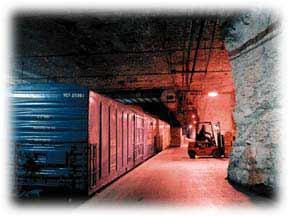 Everything was wonky though, we were filing in the parking lot and all kinds of other weird things. Towards morning, I began dreaming that the accounting office had been changed into a massage treatment room. I was the only one running it. It looked like my office had been turned into a small bathroom, with out a toilet. I had shelves full of towels and lotions and stuff. The room was divided in half by a shower curtain.

At first, people were just coming by and dropping off the things they wanted massaged. So I had a shelf full of feet, a few head and shoulders, some hands.

This did not seem strange in the least. 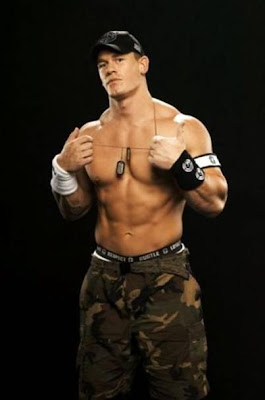 Then things shifted again (as they so often do in dreams) and I now I am pulling back the shower curtain to find a client standing in the shower/tub on the other side. It's John Cena. Shirtless. Don't ask if he was wearing anything else, cuz I don't know. I never looked down. I'm gonna assume he was wearing swim trunks. Anyway, He tells me that he's really hurt his shoulder wrestling and needs me to work him over. In my mind, I'm trying to figure out how I can do this and not get drenched in the process. So, I grab a clear plastic raincoat and rain hat, put them on, then start the shower.

I'm really getting in to the shoulder massage, and he just keeps saying, "Man that feels so good. Wow, I really needed this." I can't say that I was complaining. Just as I was switching shoulders, my alarm clock went off. Talk about bad 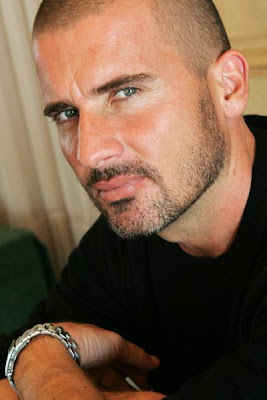 I don't have a clue where all that came from. Yes, I find John Cena an incredibly attractive guy, but a shower massage in a raincoat? Freud would have a hay day with that one.

The night before I dreamed about a guy stalking me. Again, don't have a clue why. It's not something I have to worry about, that's for sure. I'd take John Cena wet over a crazy stalker any night though.

Maybe tonight I can give Dominic Purcell a rub down. :)