CFBA: The Passion of Mary Margaret by Lisa Samson

Song Stuck on the Brain: Amazing Grace
I'm so sad. Von Smith didn't make it into American Idol's top 12. I thought he did a great job, but the judges chose differently. I know if the choices were mine, I would have picked differently, but I'm sure there are plenty of others thinking the same thing. I know Von would have done great on the show, but he still has plenty of opportunities awaiting him. Keep your eyes open, he'll make it one of these days. Good luck, Von!

This week, the Christian Fiction Blog Alliance is introducing:
The Passion of Mary Margaret
by
Lisa Samson
Thomas Nelson (March 10, 2009) 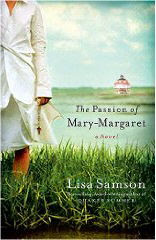 Mary-Margaret accepts a calling that surpasses her wildest dreams . . . and challenges her deep faith.

When Mary-Margaret Danaher met Jude Keller, the lightkeeper's son, she was studying at convent school on a small island in the Chesapeake Bay. Destined for a life as a religious sister, she nevertheless felt a pull toward Jude-rough and tumble, promiscuous Jude.

After sojourning as a medical missions sister in Swaziland, Mary-Margaret returns to the island to prepare for her final vows. Jude, too, returns to the island, dissolute and hardened. Mary-Margaret can hardly believe it when the Spirit tells her she must marry the troubled boy who befriended her all those years ago, forsaking the only life she ever wanted for a man she knows she'll never love.

If you would like to read the first chapter of The Passion of Mary Margaret , go HERE 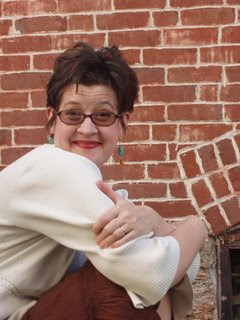 Lisa Samson is a Christy Award-winning author of 19 books, including the Women of the Faith Novel of the Year, Quaker Summer. Lisa has been hailed by Publishers Weekly as "a talented novelist who isn't afraid to take risks."

Her novel Embrace Me has been named as one of Library Journal's books of the year.

She lives in Lexinton, Kentucky, with her husband and three kids.

She stays busy by writing, volunteering at Kentucky Refugee Ministries, raising children and trying to be supportive of a husband in seminary. (Trying...some days she's downright awful. It's a good thing he's such a fabulous cook!) She can tell you one thing, it's never dull around there.
Posted by April Erwin at 3/09/2009