CFBA: It's Not About Him by Michelle Sutton

Song Stuck on the Brain: Where the Streets Have No Name by U2

It's Not About Him 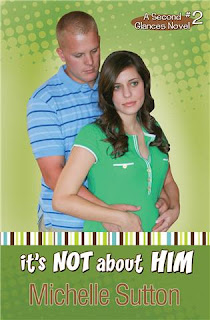 Susie passed out while drinking at Jeff’s party and later discovered she’s pregnant. She has no idea who the father is and considers having an abortion, but instead decides to place her baby for adoption. Following through ends up being more wrenching than she imagined, but she’s determined to do the right thing for her baby.

Jeff feels guilty that Susie was taken advantage of at his party and offers to marry her so she won’t have to give up her baby, like his birth mother did with him. But Susie refuses, insisting he should he marry someone he loves. Can he convince her that his love is genuine before it’s too late? Can she make him understand that it’s not about him—it’s about what’s best for her child?

If you would like to read the prologue and first chapter of It's Not About Him, go HERE 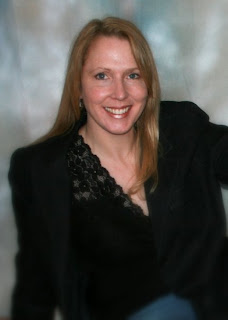 Michelle Sutton, otherwise known as the Edgy Inspirational Author, is Editor-in-chief of Christian Fiction Online Magazine, a member of ACFW, a social worker by trade, and a prolific reader/book reviewer/blogger the rest of the time.

She lives in Arizona with her husband of nineteen years and her two teenaged sons. Michelle is also the author of It's Not about Me (2008) and It's Not About Him (Sheaf House 2009). She has nine other titles releasing over the next three years.
Posted by April Erwin at 9/30/2009

Email ThisBlogThis!Share to TwitterShare to FacebookShare to Pinterest
Labels: CFBA, It's Not About Him, Michelle Sutton