Song Stuck on the Brain: When peace like a river attendeth my soul... 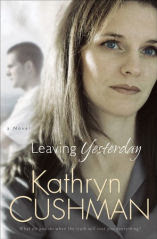 Alisa Stewart feels like she's lost two sons: her youngest to a terrible tragedy and her eldest, Kurt, to a life ruined by addiction. But now Kurt has checked himself into rehab and found a healing faith that seems real. It's like he's been raised from the dead.

But then a detective arrives at Alisa's door asking questions about a murder--the death of a drug dealer before Kurt entered rehab. Alisa fears losing her son again, and when she finds evidence linking him to the killing, she destroys it. Her boy is different now. He's changed and deserves a second chance.

But when another man is charged with the crime, Alisa finds herself facing an impossible choice: be silent and keep her son or give up everything for the truth.

If you would like to read the first chapter of Leaving Yesterday, go HERE 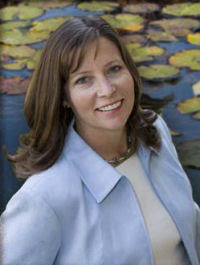 I graduated from Samford University with a degree in pharmacy, but I’ve known all my life that I wanted to write a novel “some day”. For me, “some day” came about five years ago, when I started writing and never looked back.

On the homefront, I’ve been married to the wonderful and handsome Lee for over twenty years now, and our two daughters are currently braving the worlds of elementary and high school. We’ve lived in Santa Barbara for the last seventeen years. When I’m not writing or reading or braving seventy degree holidays, you’ll find me watching the younger daughter play softball, or the older daughter building amazing high school theater sets
Posted by April Erwin at 10/14/2009

Great post. This sounds like a great book. I have read your other books and enjoyed. Waiting to get this one. Blessings
tarenn98[at]yahoo[dot]com