Song Stuck on the Brain: Sigh No More from Much Ado About Nothing's Soundtrack

The book is The Dead Rise First by Alton Ragan and Robert McLaughlin. Although, I can't say I see eye to eye with them on every point of religious philosophy, I think they made some very interesting points. The biggest being that as a whole the Christian community has become apathetic. We don't put enough focus on preparedness for the coming of Jesus. I also appreciated that they bring into focus that we can't choose to believe in something just because it's what we've always heard. You have to study the Scriptures and believe what Jesus said. It's all about following His word, not someone else's interpretation.

So, I'm posting the information for you to choose whether to read it or not. I think it has merit, but as in all things, read it prayerfully asking Jesus to show you truth in all things. 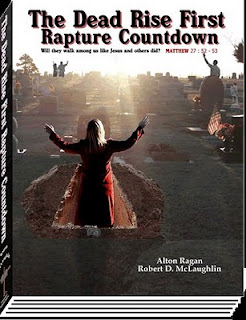 In the small town of Jordan, Oklahoma residents find themselves the victim of a shocking terrorist attack. A society so completely dependant on technology for its security and commerce has suddenly been turned upside down. Even worse than the uncertainty of their immediate safety is another problem that no one can explain.

People who have been dead for years are popping up all over town, appearing and giving witness that the Rapture of the Church is eminent but for the lost, the Great Tribulation. Who will listen to their message and repent and who will refuse to believe their own eyes?

Meet Jack, a pastor who is suddenly slapped in the face by what has happened and then baffled when he spots Sister Gregg, a former member of his church. The only trouble is the last time he saw the woman was at her own funeral. The town begins to shake at these events and as a church turns to their leader, Pastor Jack desperately searches for the answers he must give his congregation. How much time remains for people to repent is anyone’s guess, for Jack and his flock it’s a race to reach the lost.

The Dead Rise First is a fast paced, intriguing read for anyone interested in the Rapture. This book brings something new to readers and is provoking discussion among scholars with this one question: why do the dead rise first? Although purely fiction, the events are based on scriptural answers that unearth a new understanding concerning the rapture of the Church. Does it reveal a mystery about how God will raise the dead in Christ as seen in 1Thess. 4:13-14? Will it be the same way Jesus resurrected in Matthew 27:52-53? You decide. 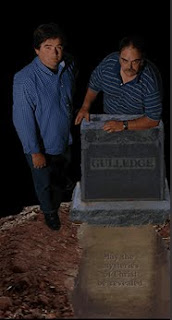 Alton Ragan is an author, business owner and presently serves on the board of Shawnee Rescue Mission, an inner urban outreach, where they feed the hungry and meet the needs of people with open air witnessing and preaching. He has served on the board of two churches and co hosted a small television program, in the late 1990s called "Truth Talks" on channel 11 in Norman, Oklahoma. He has been an avid student of God’s Word for more than thirty years and his heart burns for souls in these last days. He is the father of two children and three grandchildren. Alton Ragan resides with his wife of 34 years in central Oklahoma where he continues to write.

Robert McLaughlin started writing after he had a few discussions with an acquintance about the kind of books they enjoyed reading, along with ones they wanted to see written. He finally decided he could write those kinds of books, which actually were ones that had no conclusion but ended in an apocaleptic fasion. Unfortunately, there didn't seem to be a market for them but there is a market for many other types of fiction.
Posted by April Erwin at 10/01/2010