CSFF: The Wolf of Tebron by C.S. Lakin

Song Stuck on the Brain: In the Air Tonight by Phil Collins

This month the CSFF proudly tours:

MY TAKE:
Unfortunately for me, I didn't opt in soon enough to receive a copy of this book for review. However, I want to read it very much and plan to get a copy as soon as possible. Since there's no reason for you all to miss out on a great book just because I'm slow on the uptake, I'm sharing the info with you without a personal review. Let me know if you've read the book, I'd love to hear your thoughts. 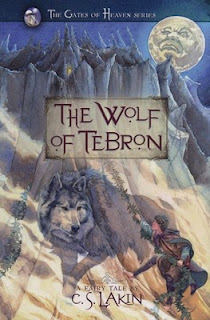 Joran dreams of living a simple life as a blacksmith in his forested village of Tebron. But when his wife, Charris, disappears in a whisk of magic, his dream shatters as he is forced to go on a perilous journey to the ends of the world to rescue her.

The goose woman tells him he must solve the riddle of the three keys, and will wear out three pairs of shoes before he battles the Moon—who has trapped Charris in a sand castle perched above the sea. Dismayed and fearful, Joran sets out alone, but along the way finds unlikely companionship in a wolf named Ruyah, who becomes his guide and trusted friend. In true fairytale tradition, Joran must face daunting challenges—within and without— in order to bring Charris safely home.
*********
The Gates of Heaven series celebrates the reinvention of the fairy tale in the tradition of C. S. Lewis’s The Chronicles of Narnia. These hopeinspiring tales, replete with unforgettable characters and engaging plots, will delight readers of any age, reawakening the simple joy of a tale well told. 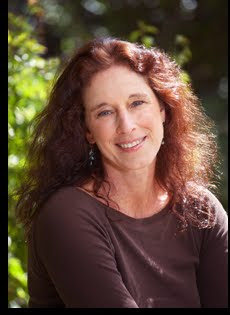 C. S. Lakin writes novels in numerous genres, focusing mostly on contemporary psychological mysteries and allegorical fantasy. Her novel, Someone to Blame (contemporary fiction), won the 2009 Zondervan First Novel competition 2009, with a publication date of October 2010 and soon to be followed by a prestigious Christy Award nomination.

Lakin’s three fantasy novels in the Gates of Heaven series have been contracted with AMG-Living Ink Publishers. The first book in the series, The Wolf of Tebron, released July 2010. The Map across Time (March 2011) and The Land of Darkness (September 2011) are the next installments to follow in this stand-alone series of fairy tales for adults.

Her contemporary mystery, Innocent Little Crimes, made the top one hundred finalists in the 2009 Amazon Breakout Novel Award contest, earning her a Publisher’s Weekly review that noted her book was “a page-turning thrill-ride that will have readers holding their breaths the whole way through.”

Lakin grew up collating television scripts for her screenwriter mother. As an adult, Susanne assisted in developing series for television, and while raising two daughters and running a bed and breakfast inn in northern California wrote her first three novels and a cookbook. She currently works as a freelance copyeditor and writing mentor, specializing in helping authors prepare their books for publication. She is a member of The Christian PEN (Proofreaders and Editors Network), CEN (Christian Editor Network), San Francisco Editors Guild, CAN (Christian Authors Network—regular blogger), ACFW (American Christian Fiction Writers), and two regional writers’ groups. She edits for individuals, small publishing companies, and literary agents, guest blogs of the craft of writing, and is an occasional contest judge.

She recently completed her ninth book: Conundrum (her fourth psychological mystery) and her tenth: The Unraveling of Wentwater, book four in the fantasy series. She has also written the first book in a Young Adult sci-fi adventure series: Time Sniffers. She is currently writing Intended for Harm, a contemporary take-off on the biblical story of Jacob and Joseph.

To learn more about this great new Fantasy/Allegory series, visit the other tour members sites:

Email ThisBlogThis!Share to TwitterShare to FacebookShare to Pinterest
Labels: C.S.Lakin, CSFF, In the Air Tonight, phil Collins, The Gates of Heaven Series, The Wolf of Tebron, Video

I'm currently reading Map Across Time and am loving it! I've purchased the first book and plan to read it as soon as I can.
Thanks for sharing the review.

I really enjoyed this book. It is very beautifully written!