Tales of the Dim Knight by Adam and Andrea Graham

Song Stuck on the Brain: Firework by Katy Perry


Today I'm doing a special review as part of the tour for:

Tales of the Dim Knight 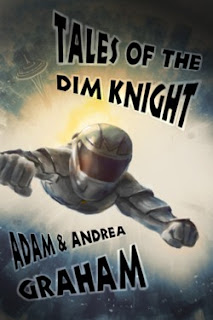 Mild-mannered janitor and superhero fanboy Dave Johnson gets all his wishes at once when a symbiotic alien gives him supernatural powers. But what's he to do with them? Follow his zany adventures as he fights crime and corruption while trying to keep his family together and avoid being sued for copyright infringement.

Adam and Andrea Graham have created a unique and delightful adventure. Dave Johnson is every fanboy's wish come true and truly relatable in more ways than might be first imagined. The story is funny and insightful. It's satire and fantasy/SciFi the way it was meant to be written together. 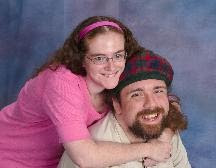 Adam Graham is a multi-talented author known for his wit and poignancy. His political column appears on Pajamasmedia.com and Renew America. He also has short stories published in the anthology Light at the Edge of Darkness, and in the Laser & Sword e-zine. He hosts the Truth and Hope Report podcast, as well as the Old Time Dragnet Radio Show, Great Detectives of Old Time Radio and the Old Time Superman Radio Show. Mr. Graham holds a general studies Associate of Arts degree from Flathead Valley Community College with a concentration in Journalism. He tweets at @idahoguy, @dimknight and @radiodetectives. Andrea Graham co-authored Adam’s first novel, Tales of the Dim Knight. Her short story “Frozen Generation” also appeared in Light at the Edge of Darkness. She studied creative writing and religion at Ashland University. Visit her online at POVbootcamp.com and Ask Andrea, or follow her tweets @povbootcamp.

Adam and Andrea live with their cat, Joybell, in Boise , Idaho . They are members of several writers groups, including Lost Genre Guild and American Christian Fiction Writers. Adam is president of their local ACFW chapter, Idahope.

Email ThisBlogThis!Share to TwitterShare to FacebookShare to Pinterest
Labels: Adam and Andrea Graham, Tales of the Dim Knight

Thanks for the review. I didn't know the Grahams are ACFW members. I enjoyed their stories in Light at the edge of Darkness, and some of that same humor shines through in Tales of the Dim Knight.