Now and Forever by Mary Connealy

Yay! It's here! After reading the teaser for this book at the end of Tried and True, I've been (im)patiently waiting for the full book. I think I devoured Now and Forever in nearly one sitting. It starts off with one of Mary's biggest bangs ever (and that's saying a lot!) and just keeps you flying through with baited breath all the way through. It's hard to imagine that Mary's books could get better, she's been pretty awesome all along, but I think each new book tops the last.

Shannon Wilde may be my favorite sister. I love her attachment to her sheep and gentle but tough as nails approach. She and Tucker are such a perfect fit, that the romance is there from page one. What makes this even more fun, is that as a reader I got to enjoy them being in love. Oh, and, Tucker? Wow. He's pretty lovable. There is great tension and humor between all the characters, and the suspense/mystery of hunting their attacker is both spine tingling and romantic. As always, Mary had me laughing out loud throughout the book. And I have to give her kudos for her spot on descriptions of tracking - very cool. 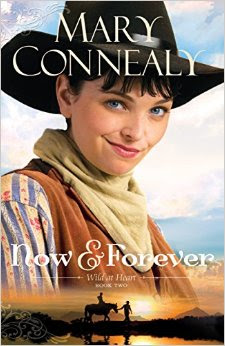 Saddle up for romance and adventure with the Wilde sisters!Shannon Wilde is the middle sister--and the one who loves animals. She's established her own homestead and is raising sheep for their wool. Things are going fine...until Shannon gets swept over a cliff by Matthew Tucker!Tucker seizes every opportunity to get away from civilization, but one particular walk in the woods ends with him sprinting away from an angry grizzly and plunging into a raging river, accidentally taking Shannon Wilde with him. Their adventure in the wilderness results in the solitary mountain man finding himself hitched to a young woman with a passel of relatives, a homestead, and a flock of sheep to care for.As Tucker and Shannon learn to live with each other, strange things begin to happen on Shannon's land. Someone clearly wants to drive her off, but whoever it is apparently didn't count on Tucker. Trying to scare Matthew Tucker just makes him mad--and trying to hurt the woman he's falling in love with sets off something even he never expected. 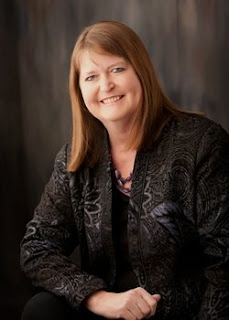 Mary Connealy is the bestselling author of romantic comedy with cowboys. She is a Carol Award winner and a Rita and Christy and IRCC Award Finalist. She is the author of The Trouble in Texas series, Swept Away, Fired Up and Stuck Together, The Kincaid Brides Series, Out of Control, In Too Deep and Over the Edge.

The Wild West Wedding series Cowboy Christmas—the 2010 Carol Award for Best Long Historical Romance, and an Inspirational Readers Choice Contest Finalist, and In Too Deep.
The Lassoed in Texas Series, Petticoat Ranch, Calico Canyon and Gingham Mountain. Petticoat Ranch was a Carol Award Finalist. Calico Canyon was a Christy Award Finalist and a Carol Award Finalist. These three books are now contained in one large volume called Lassoed in Texas Trilogy. She is also the author of; Black Hills Blessing, a 3-in-1 collection of sweet contemporary romances. She is one of the four authors contributing to Alaska Brides Collection with her Carol Award Winning historical romance Golden Days along with Tracie Peterson, Cathy Marie Hake and Kathleen Y'Barbo. She had published two ebook Christmas novella collections. A Home for Christmas with Robin Lee Hatcher And Candlelight Christmas with Linda Goodnight And with a pseudonym she has published the romantic thriller Ten Plagues and she has republished three out of print books Bury the Lead, Fright at the Museum and Trial and Terror, three lighthearted cozy mysteries formerly published as the Nosy in Nebraska series under the titles Of Mice…and Murder,
Pride and Pestilence and The Miceman Cometh. Find Mary online at:Seekerville Petticoats & Pistols Mary's Blog
Mary's Website

I received this book free from the publisher in exchange for my honest review.