Song Stuck on the Brain: Houston - a country song by George Strait... I think. I'm not sure when I heard this. Maybe it's a hang over from my visit to Granny Boo's. That's a post for tomorrow. 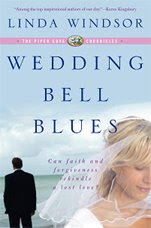 Wedding Bell Blues is the first in a new series, The Piper Cove Chronicles, that follows four women who grew up as best friends in a small community on the Eastern Shore of Maryland. They have returned home from their successes and failures at college and life, determined to pursue their dreams in the town they'd once vowed to leave in the dust. True love has eluded the four friends until one by one they encounter their soul mate. Next in the series is FOR PETE'S SAKE, on sale from Avon Inspire in April 2008.

Alex Butler is a successful home decorator who hopes she has finally gotten her life together. But when Josh Turner, the man who ran away and broke her heart sixteen years ago, returns to Piper Cove to be the best man in her sister's wedding, Alex can't escape the butterflies in her stomach. But Alex has no time for distractions. Her family has enlisted her to make this the wedding of the century. To pull the event off, she pools the talents of her three best friends - Jan, who creates desserts to-die-for will help with the cake and catering, tomboy Ellen, who works at a landscaping business will handle the flowers and decorations, and Sue Ann, who can…well, Suzie Q can give Alex a much-needed reality check in the course of the wedding planning chaos.

But fate won't be stopped in this small town as Alex and Josh keep running into each other at every turn. When sparks fly, Alex soon finds herself caught in a paralyzing battle of the heart between her old-fashioned Southern father, who fiercely resents Josh for breaking his little girl's heart, and her feelings for the one man she ever truly loved.


As the wedding approaches, the Butler family faces a threat to their reputation that will shake this Chesapeake clan to their very core. In the midst of it all, can Alex and Josh resist the many forces that seem to be drawing them together? 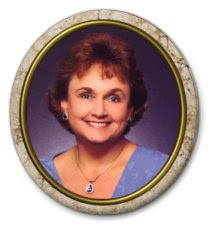 Linda, a native of Maryland's Eastern Shore, is the author of eighteen historical novels and nine contemporary romances for both the secular and Christian market. A Christy Award finalist, Linda has received numerous awards in both the ABA and CBA, including the Romantic Writers of America's Beacon Award. She lives in Salisbury, Maryland. Learn more!
MY TAKE:
What a fun read! Linda's characters are funny, insightful and human. I loved the Bosom Buddies, they are girlfriends at their best... and worst. :) Hero Josh Turner, was one sexy man. It's nice to see a man written with honor and morals and yet still retain that pure maleness that identifies the romantic hero. Plus, the name instantly made me picture real life country singer Josh Turner, who is also Christian, beautiful and has a really sexy voice. I'm not sure if that's who she was picturing while writing Wedding Bell Blues, but it's certainly who I pictured while reading it. Wow. Overall it was a fun lighthearted read with just enough of a life lesson woven in to make you think. I'm looking forward to the sequel, For Pete's Sake.
A.
Posted by April Erwin at 7/09/2007