Song Stuck on the Brain: Shot Through the Heart by Bon Jovi

Set down upon the wild American plains during the 1850. Clara is desperate for a home and a future for herself and her aunt. When Clara Fields and her aunt are kicked off their wagon train, a store owner in Buttonwood offers a chance at redemption. If Clara is able to wed his grandson off to any of the local girls within a month, he'll sign over his two-story house.

Will Clara's faith and wits help her wrangle a resolution to The Bride Bargain. Striking a bargain with a lonely trader to fool a head-strong doctor could lead Clara to an unexpected avenue of romance.

If you would like to read the first chapter of The Bride Bargain, go HERE 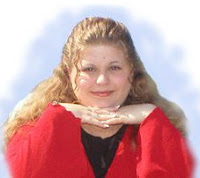 Life doesn't wait, and neither does Kelly Eileen Hake. In her short twenty-three years of life, she's achieved much. Her secret? Embracing opportunities and multitasking. Kelly received her first writing contract at the tender age of seventeen and arranged to wait three months until she was able to legally sign it. Since that first contract five years ago, she's reached several life goals. Aside from fulfilling fourteen contracts ranging from short stories to novels, she's also attained her BA in English Literature and Composition and earned her credential to teach English in secondary schools. If that weren't enough, she's taken positions as a college preparation tutor, bookstore clerk, and in-classroom learning assistant to pay for the education she values so highly. Currently, she is working toward her MA in Writing Popular Fiction. No matter what goal she pursues, Kelly knows what it means to work for it!