Song Stuck on the Brain: I Will Not Be Moved by Natalie Grant

Just a quick note, be sure to watch American Idol tonight. It's the Kansas City auditions and Von Smith is auditioning, and I'm pretty sure he makes it to Hollywood week. If you'll remember, I've talked about Von and his amazing voice before. I even have a video of his posted in the sidebar. If you want to see more about him, visit his site HERE. 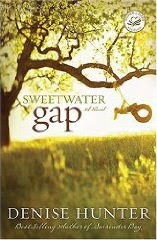 A story of new beginnings from best-selling Romance for Good™ author Denise Hunter.
When Josephine's family insists she come home to help with the harvest, the timing works. But her return isn't simple benevolence-she plans to persuade the family to sell the failing orchard.

The new manager's presence is making it difficult. Grady MacKenzie takes an immediate disliking to Josephine and becomes outright cantankerous when she tries talking her family into selling. As she and Grady work side by side in the orchard, she begins to appreciate his devotion and quiet faith. She senses a vulnerability in him that makes her want to delve deeper, but there's no point letting her heart have its way-he's tied to the orchard, and she could never stay there.

A brush with death tears down Josephine's defenses and for the first time in her life, she feels freedom-freedom from the heavy burden of guilt, freedom to live her life the way it was intended, with a heart full of love.

If you would like to read the first chapter of Sweetwater Gap, go HERE 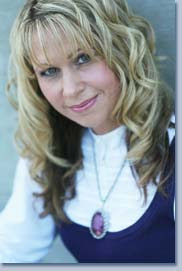 Denise lives in Indiana with her husband Kevin and their three sons. In 1996, Denise began her first book, a Christian romance novel, writing while her children napped. Two years later it was published, and she's been writing ever since. Her books often contain a strong romantic element, and her husband Kevin says he provides all her romantic material, but Denise insists a good imagination helps too!
Posted by April Erwin at 1/14/2009