Song Stuck on the Brain: My Vietnam by Pink

Jeffrey Overstreet has an incredible style and depth to his writing. I can't recommend his work enough. Be sure to check out both Auralia's Colors and Cyndere's Midnight. 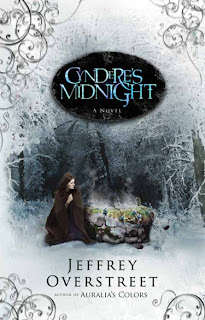 When a bloodthirsty beastman discovers Auralia’s colors, his conscience awakens. When the heiress of a powerful kingdom risks everything to help him, their lives--and the lives of a kingdom--hang in the balance.

“Cyndere walked down to the water to make her daily decision — whether to turn and go back into House Bel Amica, or to climb old Stairway Rock and throw herself into the sea…”

In Cyndere’s Midnight, the power of Auralia’s colors brings together a bloodthirsty beastman and a grieving widow in a most unlikely relationship… one that not only will change their lives, but could also impact the four kingdoms of The Expanse forever.

Jordam is one of four ferocious brothers from the clan of cursed beastmen. But he is unique: The glory of Auralia’s colors has enchanted him, awakening a noble conscience that clashes with his vicious appetites.

Cyndere, heiress to a great ruling house, and her husband Deuneroi share a dream of helping the beastmen. But when Deuneroi is killed by the very people he sought to help, Cyndere risks her life and reputation to reach out to Jordam. Beside a mysterious well–an apparent source of Auralia’s colors–a beauty and a beast form a cautious bond. Will Jordam be overcome by the dark impulse of his curse, or stand against his brothers to defend House Abascar’s survivors from a deadly assault?
About the Author: 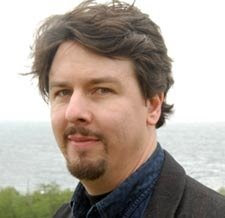 Jeffrey reads and writes full-time as a contributing editor for Seattle Pacific University’s Response magazine, and reviews films for ChristianityTodayMovies.com. For his writing about movies, he was honored with the 2007 Spiritus Award at the City of the Angels Film Festival. His review of Sophie Scholl: The Final Days won an Evangelical Press Award in 2006.

His perspectives are also published in magazines like Paste, Risen, Image, Relevant, Books & Culture, and SPU’s Response. Currently, he contributes two articles to the Image website every month, and a monthly column named after his book, “Through a Screen Darkly,” to ChristianityTodayMovies.com.

He speaks about the arts at film festivals, universities, churches, teachers’ conferences, and on radio programs around the U.S.

Visit Jeffrey's site for more about his other works, or join him on Facebook.
A.
Visit fellow blog tour members below for more great info: