Song Stuck on the Brain: Come Back to Me by David Cook 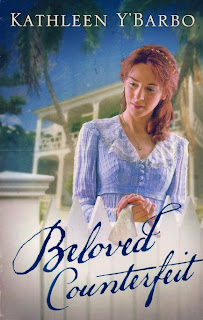 LOVE CAN COVER A MUTITUDE OF SINS

Washed ashore on Fairweather Key, Ruby O’Shea and her three nieces─the offspring of the pirate Thomas Hawkins and Ruby’s late sister─have a chance for a new beginning as Ruby takes a job in a boardinghouse and the girls are passed off as her daughters. But will Ruby be able to confess all when she falls for Micah Tate, a widower, wrecher, and soon-to-be preacher?

Micah is determined to marry the young woman who has captured his heart despite knowing she has something to hide. But will he be able to remain true to his vows when his lady love’s shady past comes to light?

Captain Thomas Hawkins will go to any length to discover the whereabouts of his daughters. What will his determination cost the folks of Fairweather Key?

When Ruby finds herself bereft of her newfound love and protector, will she run away in an attempt to escape her present as she did her past? Will Micah’s love cover the multitude of Ruby’s sins, or will Ruby’s duplicity cost her everything?


If you would like to read the first chapter of Beloved Counterfeit, go HERE 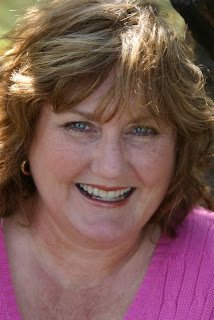 KATHLEEN MILLER Y’BARBO is a tenth-generation Texan and a mother of three grown sons and a teenage daughter. She is a graduate of Texas A&M University and an award-winning novelist of Christian fiction whose first published work jumped onto the Christian Booksellers Association bestseller list in its first month of release. Kathleen is a former treasurer for the American Christian Fiction Writers, and is a member of the Author’s Guild, Inspirational Writers Alive, Words for the Journey Christian Writers Guild, and the Fellowship of Christian Authors. In addition, she is a sought-after speaker, and her kids think she’s a pretty cool mom, too…most of the time, anyway.
Posted by April Erwin at 5/13/2009

Kathleen, your books all sound so fantastic! I'm glad to know about this one, hadn't heard it was coming until I stopped to check April's blog out. Great job, Kathleen AND April!
Pam Williams