Song Stuck on the Brain: Last Christmas by Wham


The CSFF is proudly touring:

Unfortunately, I wasn't able to review this book, but Jonathan's books are always so much fun, I had to share the book info with you. Let me know if you read it and what you think. 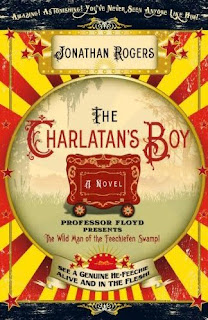 “I only know one man who might be able to tell me where I come from, and that man is a liar and a fraud.”


As far back as he can remember, the orphan Grady has tramped from village to village in the company of a huckster named Floyd. With his adolescent accomplice, Floyd perpetrates a variety of hoaxes and flimflams on the good citizens of the Corenwald frontier, such as the Ugliest Boy in the World act.

It’s a hard way to make a living, made harder by the memory of fatter times when audiences thronged to see young Grady perform as “The Wild Man of the Feechiefen Swamp.” But what can they do? Nobody believes in feechies anymore.

When Floyd stages an elaborate plot to revive Corenwalders’ belief in the mythical swamp-dwellers known as the feechiefolk, he overshoots the mark. Floyd’s Great Feechie Scare becomes widespread panic. Eager audiences become angry mobs, and in the ensuing chaos, the Charlatan’s Boy discovers the truth that has evaded him all his life—and will change his path forever. 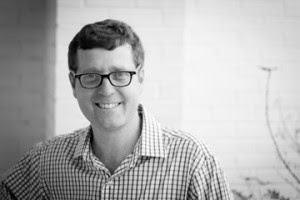 Jonathan Rogers is author of many well received novels, including The Bark of the Bog Owl, The Secret of the Swamp King and The Way of the Wilderking (All of The Wilderking Trilogy) and Saint Patrick.

What is the Feechie Film Festival? In short, the Feechie Film Festival is grass-roots cryptoanthropology: of the people, for the people, by the people. The assignment is simple: get in front of a video camera and tell the world (in a minute or less) whether or not your believe in feechies–and why. Post the video to YouTube, and send me the link (you can either send me an email in the ‘Contact Me’ box on the right, or comment on this page below).

For too long we’ve let the so-called “authorities” tell us what to believe about feechiefolk.* The Feechie Film Festival gives the people a voice.

Through this project things have been revealed that even I didn’t know about feechies. They hate banjo music. They can’t tolerate Dr. Pepper. They leave coconuts in people’s laundry baskets.

* Editor’s note: I actually am an authority on feechiefolk. It’s okay if you believe what I tell you about them.

The Feechie Film Festival kicks off with the flagship film, “What Is a Feechie?”

Visit the other tour members to find more fun information: