The Deepest Night by Shana Abe

The series continues... And I'm still flying on the excitement. The Deepest Night is book 2 in Shana Abe's new YA series set during World War I just outside London England. Her Drakon legend continues with Lora, an orphan who has recently discovered that she is able not only shift to smoke but also into a dragon that flies with speed and had talons sharp enough to rip through German bombers.

I hate to give away too much of the story, so I'm only going to say that once again, Shana has created a beautiful story. Lora has found her true self, but now she must decide how far she will let her destiny take her. Is it a one time rescue adventure to save a soldier kept prisoner beyond enemy lines? Or is she called to fight for justice with her new found abilities for a larger purpose?

One of the things I loved so much about this new series, is that it wasn't just about the romance or falling in love. It was about finding yourself, your purpose. The struggles we face everyday as we decide how much of ourselves to give and risk. It's not just a teenager's struggle, it's a life struggle. Beautifully worded, creative, adventurous and compelling.

The difficult part? This one releases in August of 2013, so put your pre-order in now. You are NOT going to want to miss this sequel.

How in the world am I going to handle the suspense while waiting for book3???


NOTE: Since I usually review Christian Market Fiction, I do want to make sure my readers are aware of a couple of things that they may want to consider when deciding on an appropriate age for reading. When Lora shifts into smoke or Dragon form, her clothes are left behind and when she shifts back she's nude. There is several scenes in the book that deal with this in some way, however it is done tastefully in my opinion. Nothing graphic or obscene. Nor is it dwelled on in detail. It is discussed briefly in the matter of how it brings up feelings and emotions of different kinds in both Lora and the boys she reappears in front of. This is ABA market fantasy, not CBA, and remember this is a YA novel, so the age range is definitely for older teenagers and up. 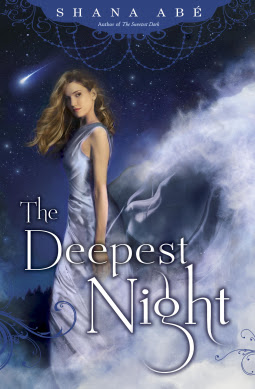 It’s 1915, and sixteen-year-old Lora Jones is finishing up her first year as a charity student at Iverson, a prestigious, gothic boarding school on England’s southern coast. While she’s always felt different from everyone around her, now she finally knows why: She is a drákon, a rare, enchanted being with astonishing magical abilities.

As war hits Britain’s shores, and Lora reels from an unimaginable loss, she finds that her powers come with grave and dangerous responsibilities. At the request of Armand Louis, the darkly mysterious boy whose father owns Iverson, Lora will spend her summer at his lavish estate. To help the war effort—and to keep Lora by his side—Armand turns his home into a military hospital, where Lora will serve as a nurse. For Armand is inescapably drawn to her—bound to her by heart-deep secrets and a supernatural connection that runs thicker than blood.

Yet while Lora tries to sort out her own feelings toward Armand, fate offers an unexpected surprise. Lora discovers there is another drákon, a prisoner of war being held in Germany. And that only she, with her newly honed Gifts, will be able to rescue him.

With Armand, Lora will cross enemy lines on an incredible mission—one that could bond her to Armand forever, or irrevocably tear them apart. 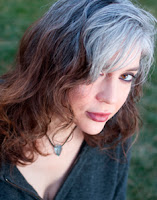 Shana Abé is the author of Queen of Dragons, The Dream Thief, and The Smoke Thief. She lives in Denver, Colorado.

Be sure to visit her official webpage as well and enter to win Lora's gold cuff bracelet and an autographed copy of the book. Click HERE.
Posted by April Erwin at 4/09/2013