CSFF: A Cast of Stones by Patrick W. Carr

Song Stuck on the Brain: Falling Slowly by Lee Mead

Today I'm helping to spread the word in conjunction with the CSFF about:


A Cast of Stones
by
Patrick W. Carr
Unfortunately, do to the mail gremlins, I didn't receive my copy of A Cast of Stones in order to review it. However, stay tuned because I did just recently download the e-book from Amazon.com and I'll be reviewing it along with the sequel, A Hero's Lot very soon. In the mean time, check this out, drop by the other reviewers sites to read their thoughts on what looks to be a VERY promising novel.
ABOUT THE BOOK: 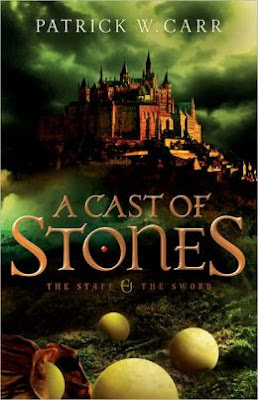 In the backwater village of Callowford, Errol Stone's search for a drink is interrupted by a church messenger who arrives with urgent missives for the hermit priest in the hills. Desperate for coin, Errol volunteers to deliver them but soon finds himself hunted by deadly assassins. Forced to flee with the priest and a small band of travelers, Errol soon learns he's joined a quest that could change the fate of his kingdom.

Protected for millennia by the heirs of the first king, the kingdom's dynasty is near an end and a new king must be selected. As tension and danger mount, Errol must leave behind his drunkenness and grief, learn to fight, and come to know his God in order to survive a journey to discover his destiny.
ABOUT THE AUTHOR: 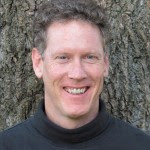 Patrick Carr was born on an Air Force base in West Germany at the height of the cold war. He has been told this was not his fault. As an Air Force brat, he experienced a change in locale every three years until his father retired to Tennessee. Patrick saw more of the world on his own through a varied and somewhat eclectic education and work history. He graduated from Georgia Tech in 1984 and has worked as a draftsman at a nuclear plant, did design work for the Air Force, worked for a printing company, and consulted as an engineer. Patrick’s day gig for the last five years has been teaching high school math in Nashville, TN. He currently makes his home in Nashville with his wonderfully patient wife, Mary, and four sons he thinks are amazing: Patrick, Connor, Daniel, and Ethan. Sometime in the future he would like to be a jazz pianist. Patrick thinks writing about himself in the third person is kind of weird.


Visit the Other Tour Members: