Song Stuck on the Brain: Radioactive by Imagine Dragons

Martyr's Fire
Book 3 in the Merlin's Immortals series
by
Sigmund Brouwer
MY TAKE:
Merlin's Immortals has been a tremendous series. Set in 14th century England Thomas finds himself the unwitting pawn between two very secret organizations. SO secret, he doesn't even know why they're so desperate to haunt his every move. Spies, secret passages, magic like miracles to confuse and control the masses. Thomas has decided he is on his own to fight this and find the truth.

One of the things I love most about this series is the intricacies of the plot. Who's really a friend? Is this character a mere peasant or a secret Immortal or Druid? I also love that although the author brings in what seems to be magical or fantasy, he also explains the science behind it. Proving that often what seemed impossible was mere slight of hand or chemistry.

The series has been exciting, fast paced and addictive. I can't wait to see more.
ABOUT THE BOOK: 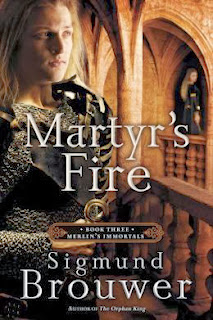 Will this dangerous quest lead the outcast Orphan King toward an ancient secret—or to certain destruction?
Posing as a beggar, Thomas escapes Magnus after fifteen men, who are calling themselves the Priests of the Holy Grail, arrive and take control of the castle through wondrous acts and apparent miracles. With the help of his longtime friend Gervaise, Thomas sets out on a journey that leads him to the ancient Holy Land. Unaware that Katherine and Hawkwood are watching over him, Thomas is tested in his beliefs and comes face to face with the ancient power that the Merlins and Druids have long been searching for.

Enter the world of Merlin’s Immortals, where ancient secrets and evil conspiracies take you on a breathless adventure of discovery, intrigue, and hidden knowledge.

If you haven't read book 2, Fortress of Mist, be sure to check it out HERE.
ABOUT THE AUTHOR: 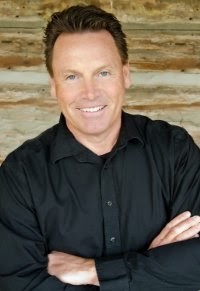 Sigmund Brouwer is a well-known author in evangelical Christian circles. He has written scores of books across many genres, from children's picture books to scientific thrillers, and more.

Born in 1959 as one of six children to a family with Dutch heritage, Brouwer is a native of Red Deer, Alberta, Canada. He is married to Christian singer Cindy Morgan and has two daughters. Brouwer divides his time between Nashville, Tennessee and Red Deer, Alberta, and enjoys sports such as ice hockey and golf.

A favorite cause of Brouwer's is to encourage non-readers to begin reading. He visits schools and speaks about writing often. He likes to tell people he had the worst grade in his English class at one point during his childhood, and that it took him ten years to get his first book published. - NewReleaseTuesday


In conjunction with the CSFF Blog Tour, I received a free copy of this book from the publisher.﻿
Posted by April Erwin at 10/23/2013