Song Stuck on the Brain: Sally Was A Good Ole Girl by Roy Clark

The Rocky Mountain Heiress Collection:
The Confidential Life of Eugenia Cooper, Anna Finch and the Hired Gun, The Inconvenient Marriage of Charlotte Beck
by
Kathleen Y'Barbo
MY TAKE:
Do you love a good clean romance? One that's got more than a few good laughs and sweet "aw" moments? How about one with a spunky female heroine, a handsome hero and few sparks? Yes? Well, me too! And if I added that it was also a Christian story to boot, well that like extra icing on the best cupcakes.

Even better - there's more than one. I have to say, I love a good series, but waiting for the next book for months at a time can be killer. This was a great opportunity to immerse myself in another world and not come out until it was done. That always makes me VERY happy.

Kathleen Y'Barbo has a great writing style and the fact that her publishing list is so long just proves that. I loved this series, but that didn't surprise me. I've like every book I've read by Kathleen Y'Barbo. 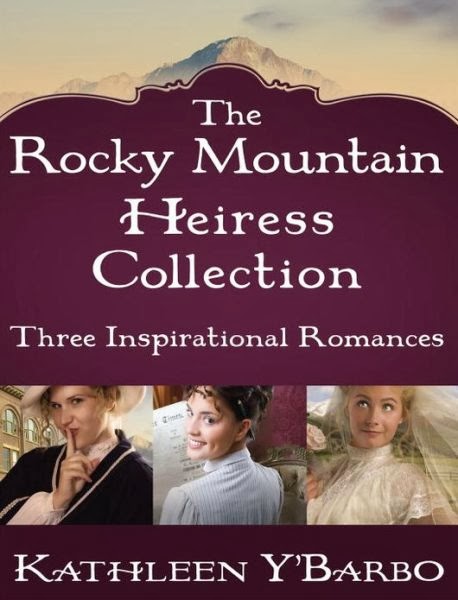 Take a trip back to the nineteenth-century Wild West in these three inspirational romance novels, attractively priced and packaged as an eBook omnibus. Kathleen Y'Barbo's The Rocky Mountain Heiress Collection includes the rollicking romances of three amazing young women; an adventure-seeking heiress pretending to be a governess to go west, a feisty well-to-do society girl longing to become a journalist and chase the story of a lifetime, and the millionaire's daughter who is being asked to marry for the good of the family business . Fans of westerns will find themselves transported to frontier Colorado, and into stories with independent heroines, adventure, love, and ambition.

The Confidential Life of Eugenia Cooper

Roman Holiday meets Mary Poppins in this Gilded Age tale of Eugenia "Gennie" Cooper, a New York socialite who takes advantage of a rare opportunity to step into the world of the dime novels she secretly loves. From the splendor of Fifth Avenue's mansions to the gilded homes of Denver silver barons and the rugged Leadville mines, Gennie's adventure as a governess soon becomes a love story despite the rocky start she has with widower Daniel Beck and his daughter Charlotte.

Anna Finch and the Hired Gun

Anna Finch's father desperately wants to marry her off, but Anna's not having much success, mostly because she's much better at the written word than the spoken word. When she's around an eligible man, she becomes completely tongue-tied. It doesn't help that the awful man at the newspaper taunts her with constant mentions in his "Perish the Thought" gossip column.

When Anna encounters the infamous lawman and outlaw Wyatt Earp, she sees her chance to finally achieve her dream of becoming a reporter. In this capacity, she finds love and trouble in equal measure when she convinces the dying gunfighter Doc Holliday to tell her his story. Her freedom to meet with Holliday is hampered, however, by Pinkerton agent Jeb Sanders, who's been hired to keep an eye on her--and keep her away from nobleman and notorious playboy Edwin Beck. Once Jeb realizes what Anna's up to, his annoyance at being forced to babysit a rich girl is swamped by his need to exact revenge on Doc Holliday.

As the reporter and the detective get more tangled in Doc Holliday's story and each other, will their opposing goals tear

them apart--or bring them together?

The Inconvenient Marriage of Charlotte Beck

Charlotte Beck wants to go to college, but her father would rather she get married and spend her days painting. Alex Hambly's aristocratic family is in financial straits, and he has two options: either sell off the family's Colorado silver mine or marry a rich, American heiress. Charlotte's father makes them a deal: he'll allow Charlotte to go to college and be the instrument of Alex's financial salvation on one condition--that they agree to get married. Seeing no way out, Charlotte and Alex find themselves engaged. They agree that they'll have the marriage annulled as soon as possible and go back to their own lives. Except Alex isn't sure he wants the annulment. He sets out to woo his wife for real, and Charlotte suddenly finds that her marriage has become very inconvenient indeed. 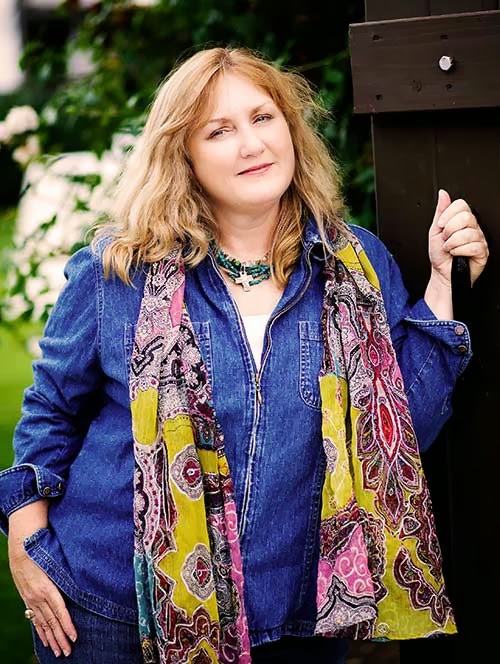 A tenth-generation Texan, Kathleen Y’Barbo has four children of her own as well as seven bonus kids she gladly inherited when she married her own hero in combat boots (read about their real-life romance here!). Kathleen is proud to be a military wife, even if it did mean giving up her Texas drivers license.
Posted by April Erwin at 1/18/2014