Song Stuck on the Brain: The One I Love is Gone by The Secret Sisters

Dee Henderson is a master story teller. No, make that Master Story Creator and Teller. Her stories always suck me in and have me reluctant to put the book down, even at 4 am. Unspoken continues her legacy of great reads full of romance, suspense and faith.

Faith is a topic that is always very strong in Dee's books, but maybe not in the traditional way some come to expect from Christian novels. It's not all about non-believer meets believer and a soul is saved, although there's certainly nothing wrong with that. I love those tales too. But what I appreciate about Dee's books, is that whether the character is a believer or not, or maybe just questioning - it's about the personal journey. You see inside their hearts and minds, you know them deep inside and understand their struggles with life. You understand how they can believe so strongly despite a horrid past event or maybe how that past event could be hindering their growth. Either way, it's insight. That insight makes you connect to the story on a deeper level and you can't help but feel the tension, romance, suspense and frustration stronger when you're connected at that level to the character. I also appreciate that with each story there is spiritual growth in some measure and I know I can't help but carry that with me to think on later when the story is done.

So how can I not love a Dee Henderson novel? Unspoken has all the above - and I get a great romantic suspense with a good looking guy that makes my heart want to pitter-patter a little harder when he walks onto the page.

You can't go wrong with a Dee Henderson book. You just can't.


Check out my review of Full Disclosure 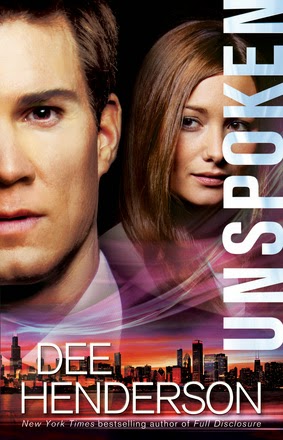 Charlotte Graham is at the center of the most famous kidnapping in Chicago history.

The task force of FBI and local cops found her two abductors, killed them, rescued her, but it took four very long years. The fact she was found less than three miles from her home, had been there the entire time, haunts them. She's changed her identity, found a profession she loves, and rebuilt her life.

She's never said a word--to the cops, to her doctors, to family--about those four years.
A family legacy has brought her back to Chicago where a reporter is writing a book about the kidnapping. The cops who worked the case are cooperating with him. Her options are limited: Hope the reporter doesn't find the full truth, or break her silence about what happened. And her silence is what has protected her family for years.

Bryce Bishop doesn't know her past, he only knows she has coins to sell from her grandfather's estate--and that the FBI director for the Chicago office made the introduction. The more he gets to know Charlotte, the more interested he becomes, an interest encouraged by those closest to her. But nothing else is working in his favor--she's decided she is single for life, she struggles with her faith, and she's willing to fore go a huge inheritance to keep her privacy. She's not giving him much of an opening to work with.

Charlotte wants to trust him. She needs to tell him what happened. Because a crime cops thought was solved, has only opened another chapter...


PUBLISHERS Q and A WITH DEE HENDERSON:

Tell us about Unspoken.


Unspoken is the love story of Bryce Bishop and Charlotte Graham.


Bryce Bishop is a businessman. He takes care of his employees, works hard, manages the details, plans ahead, loves the give and take of business and making a profit. He’s the kind of guy who wears a business suit and cuff links as a sign of respect for the job, who believes honesty and ethics and a handshake matter. He’s also the kind of guy still willing to seek advice from his father.


Charlotte Graham was kidnapped, it spun into horror, and she’s not talking about it. She’s not a woman looking for pity, or even understanding. She’s changed her name, gone on with her life, and would prefer to see the past stay buried. 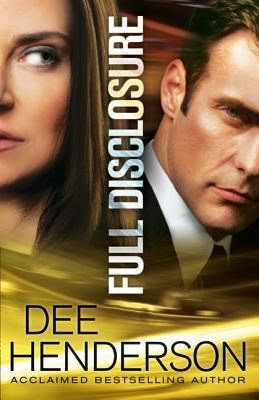 Their story is captured well by the title Unspoken. So much of their story has not been spoken about in over a decade. It’s time for it to be told. I found it breathtaking.


What captured your interest most with Unspoken?


Charlotte Graham hit a personal chord with me. God was reaching down to help her put the pieces of her life together and used Bryce to glue some of those pieces back in place. This is a relationship you want to see thrive. I listened to their story and I could see God’s hand at work. A woman with a dark past. And a man who loves her—who loves her so deeply and well she can heal. I think you will remember their story long after you’ve read the last page.


Is your new novel Unspoken related to Full Disclosure?


Bryce Bishop is a good friend of Paul Falcon, so I took advantage of that fact and brought back Ann and Paul Falcon from Full Disclosure during the investigation within Unspoken. I like being able to continue on with characters and see the next chapter in their lives. 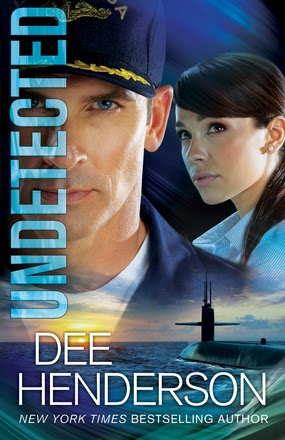 What are your plans for future books?


Bryce Bishop has a brother who is a submarine commander. I love writing military romances and I’ll return to that theme for the next book. Undetected will be in stores in May 2014.


What inspires you to write?


God designed me to be a storyteller. It’s what I enjoy doing with my time. The hours involved in figuring out a story are a process of discovery. I’m inspired to create stories because I want to write the end, and then tell God—I wrote another story, would you like to read it? And hope God likes it as much as I do. The stories are gifts I can give back to God that I hope He enjoys. And I can create them with only paper and pen, so I’ve been making those gifts for God since I was a little girl.

Dee Henderson is the author of eighteen novels, including Jennifer: An O'Malley Love Story, New York Times bestseller Full Disclosure, the acclaimed O'Malley series, and the Uncommon Heroes series. Her books have won or been nominated for several prestigious industry awards, such as the RITA Award, the Christy Award, and the ECPA Gold Medallion. Dee is a lifelong resident of Illinois.

Learn more at www.deehenderson.com.
Posted by April Erwin at 1/18/2014