CFBA: Until I Found You by Victoria Bylin

Song Stuck on the Brain: Hello My Name Is by Matthew West﻿

This week, the Christian Fiction Blog Alliance is introducing:
Until I Found You
Bethany House Publishers (May 6, 2014)
by
Victoria Bylin

Kate and Nick's story is captivating from the very beginning. What came as a surprise for me, was how much the story of the endangered condors play into both their story as well as her grandparents. Author Victoria Bylin has done a great deal of research on the birds and she's woven their plight and drama into the very fabric of the tale. What in essence becomes a love story within in a love story. (How much better is that? A two-fer!)

Kate and Nick are both struggling to find answers in their lives. Nick has already given his life to Christ and turned away from his old ways, yet he still struggles with coming to terms with his past. Kate has drifted away from what she once knew, she's not sure she believes in God anymore, or if He has any interest in her life.

They're blessed to have a couple of well placed people in their lives to help anchor them through it all. Nick's Pastor brother and wife are a great example of a healthy relationship. I appreciated the healthy relationships reflected as a counterbalance to those that struggled. Then there's Kate's grandma who has the wisdom of many years to share in both laughter and tears.

Get ready to see how God moves in their lives to show both of them reality, truth and all consuming love. A fantastic read that really touched my heart. Made me laugh, cry and even want to throttle a character occasionally. All signs of a really well written book! Lives change and choices have to be made that are really tough. You won't want to put this down until the very end.

Be prepared, even the ugly condor can be used to create a match made in heaven. 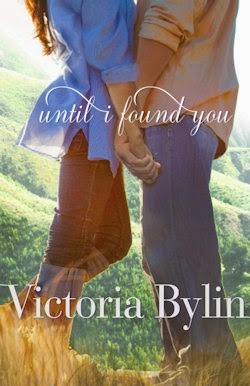 Finding each other was only the beginning . . .

When Kate Darby swerves off a mountain road to avoid hitting a California condor, she ends up trapped in her car, teetering on the edge of a cliff. Terrified, she breathes a prayer that changes her life.

It's Nick Sheridan who comes to Kate's rescue. Nick is handsome and confident, and he seems to develop a habit of rescuing her, but Kate is in town only until her grandmother recuperates from a stroke. She's not planning to get involved with one of the locals.

Nick is a reformed veteran of life in the fast lane, a new Christian, and a travel writer. When he sees a car dangling on the edge of a cliff, the daredevil in him jumps into action. He doesn't expect to be swept off his feet by the car's occupant. He's made a vow--no dating for a year--but keeping that vow is going to be a lot more difficult now that he's met Kate Darby. . . .

If you'd like to read the first chapter of Until I Found You, go HERE.

A word from the Author

This may sound crazy, but I was driven to write romance by giant bugs and killer rabbits. I just couldn't take it anymore. My husband and two sons would be camped in front of the television watching a movie about spiders the size of bowling balls, and I'd be wondering when the handsome scientist would get around to kissing the spunky woman with the bug spray. When it didn't happen, I decided to write my own happy endings--without the giant bugs...

Known for her realistic, likable characters and vivid writing, Victoria Bylin writes both western and contemporary inspirational romance. Her books have finaled in the ACFW Carol Awards, the Rita Awards and RT Magazine’s Reviewers’ Choice Awards. She and her husband currently live in Lexington, Kentucky and have two grown sons.
Posted by April Erwin at 5/30/2014

Email ThisBlogThis!Share to TwitterShare to FacebookShare to Pinterest
Labels: CFBA, Hello My Name Is, Matthew west, Until I Found You, Victoria Bylin