Song Stuck on the Brain:  I'm Not Who I Was by Brandon Heath
Undetected
by
Dee Henderson
MY TAKE:
Dee Henderson has a new book! YAY! *squeal*

Okay, now that I've got that out of my system (maybe), let's talk. Undetected is the sequel to Unspoken - Commander Mark Bishop is the brother of Bryce Bishop. I always prefer to read books in order, but this could be read independently. Although, why would you want to miss a Dee Henderson novel?

I'm always amazed at how well Dee is able to get into the unique inner parts of a person/character. Even when the character is nothing like me, somehow I still identify with them in some personal way because she's revealed a very spiritual and human side of their nature. That is a gift. Couple that with her talent to tell a story and teach but not preach - well - wow.

In Undetected, Gina Gray is a brilliant woman. I'm talking genius level. That is not me, I may be intelligent, but not genius. But I think I connected with Gina more than any other character so far. I understood her insecurities and fears. I think most people will in some way. What I really connected with though, was her view of creation and nature. Her way of seeing everything with such wonder and curiosity matches my own outlook so much, that I was excited to see it reflected in someone else to the extreme that I sensed it in Gina.

Mark is the perfect guy in the sense that he's a perfect fit for Gina. He's a protector and that's attractive. He's also strong, loyal, and a man of faith. Even more attractive.

As a side note, I noticed in the reviews from others on-line after reading the first book, Unspoken, that many readers were complaining that these new books didn't have the same suspense as her earlier books. Some even made snide comments about false advertising or having lost her touch. Shame on them! She's most certainly not lost her talent. There is a different feel to these new novels. I would say they should be classified more as Christian Romance/General Fiction. Sure there is a suspense background to the story line, but the focus has shifted to the characters and their relationships. To the lives they live and what makes them who they are. The publisher needs to make that more clear in their marketing (author not at fault).  It may be different in tone from her early novels but in no way are they less worthy!

The research is just as detailed and fascinating as well. I will never have a chance to be on a submarine, but after reading Undetected, I feel like I've been there and seen it in technicolor. I enjoy the details, learning new things and delving into characters lives and relationships. Tension and suspense is great, but not mandatory. All writers grow and their writing grows and changes with them.

So be prepared, this may not be the intense suspense you remember from the O'Malley series, but it's still a fantastic read that's hard to put down.

Great job, Dee! Looking forward to your next work.
ABOUT THE BOOK: 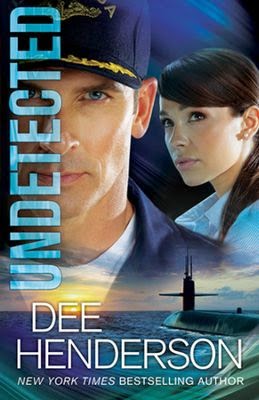 When asked what he does for a living Commander Mark Bishop is deliberately low-key: "I'm in the Navy." But commanding the ballistic missile submarine USS Nevada, keeping her crew trained and alert during ninety-day submerged patrols, and being prepared to launch weapons on valid presidential orders, carries a burden of command like few other jobs in the military. Mark Bishop is a man who accepts that responsibility, and handles it well. And at a time when tensions are escalating around the Pacific Rim, the Navy is glad to have him.


Mark wants someone to come home to after sea patrols. The woman he has in mind is young, with a lovely smile, and very smart. She's a civilian, yet she understands the U.S. Navy culture. And he has a strong sense that life with her would never be boring. But she may be too deep in her work to see the potential in a relationship with him.


Gina Gray would love to be married. She has always envisioned her life that way. A breakup she didn't see coming, though, has her focusing all her attention on what she does best--ocean science research. She's on the cusp of a major breakthrough, and she needs Mark Bishop's perspective and help. Because what she told the Navy she's figured out is only the beginning. If she's right, submarine warfare is about to enter a new and dangerous chapter....
Read the First Chapter Here.
ABOUT THE AUTHOR: 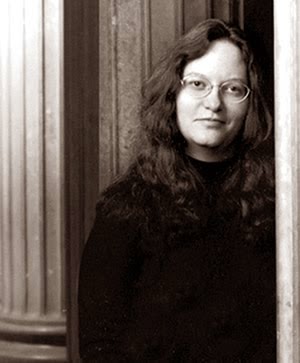 Dee Henderson is the author of 14 best-selling novels, including the acclaimed O'Malley series and the Uncommon Heroes series. As a leader in the inspirational romantic suspense category, her books have won or been nominated for several prestigious industry awards, including the RWA's RITA Award, the Christy Award, the ECPA Gold Medallion, the Holt Medallion, the National Readers' Choice Award, and the Golden Quill. Dee is a lifelong resident of Illinois and is active online. Visit her at www.deehenderson.com.
Posted by April Erwin at 6/07/2014

Email ThisBlogThis!Share to TwitterShare to FacebookShare to Pinterest
Labels: Brandon Heath, Dee Henderson, I'm Not Who I Was, Undetected