Song Stuck on the Brain: Endless Love by Lionel Richie


Today the CSFF is touring: 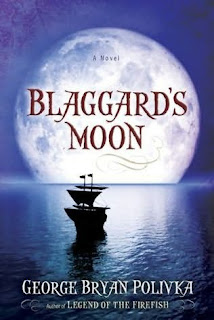 “This is the story of the great battle between the pirates of the world and the band of merciless men who would purge us from the seas, and make the name Hell’s Gatemen a source of terror to us all.”

Thus begins the tale of love and war told by Ham Drumbone, a pirate storyteller with a gift for dramatic detail. It is recalled by Smith Delaney as he awaits a gruesome death at the hands of ancient beasts called mermonkeys, eager to devour his bones. In the process of remembering, this simple pirate ponders in his always-earnest and often-whimsical way the mysteries of true hearts wronged, noble love gone awry, dark deeds done for the sake of gold, and the sacrifices made for love. For Ham's story is about Damrick Fellows, the great pirate hunter, who works his way ever closer to the great pirate king Conch Imbry, only to find his focus blurred by his love for the pirate's woman, Jenta Stillmithers. By the time the tale ends, Delaney must come face-to-face with himself, with his choices, with the power of love, and with a God who promises him both a hell richly earned and a grace given where none is deserved. 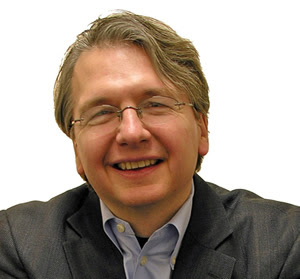 George Bryan Polivka was raised in the Chicago area, attended Bible college in Alabama, then traveled across the seas to Europe where he studied under Francis Schaeffer at L'Abri Fellowship in Switzerland. He then returned to Alabama where he enrolled at Birmingham-Southern College as an English major.

While still in school, Bryan married Jeri, whom he met his freshman year in college, and now his wife of over 25 years. He also was offered a highly coveted internship at a local television station which led him to his first career as an award-winning television producer.

In 1986, Bryan won an Emmy for writing his documentary, "A Hard Road to Glory," which detailed the difficult path African Americans traveled to achieve recognition through athletic success during times of racial prejudice and oppression.

Bryan and his family eventually moved to the Baltimore area where he worked with Sylvan Learning Systems, (now Laureate Education). In 2001 Bryan was honored by the U.S. Distance Learning Association for the most significant achievement by an individual in corporate e-Learning. Bryan is currently responsible for developing and delivering new programs for Laureate's online higher education division.

Bryan and Jeri live near Baltimore with their two teenage children, Jake and Aime.

Check out the other tour members comments: