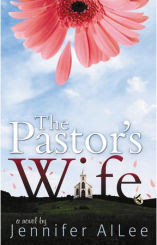 Maura Sullivan never intended to set foot in Granger, Ohio, again. But when circumstances force her to return, she must face all the disappointments she tried so hard to leave behind: a husband who ignored her, a congregation she couldn't please, and a God who took away everything she ever loved.

Nick Shepherd thought he had put the past behind him, until the day his estranged wife walked back into town. Intending only to help Maura through her crisis of faith, Nick finds his feelings for her never died. Now, he must admit the mistakes he made, how he hurt his wife, and find a way to give and receive forgiveness.

As God works in both of their lives, Nick and Maura start to believe they can repair their broken relationship and reunite as man and wife. But Maura has one more secret to tell Nick before they can move forward. It's what ultimately drove her to leave him three years earlier, and the one thing that can destroy the fragile trust they've built.

If you would like to read the first Chapter of The Pastor's Wife , go HERE 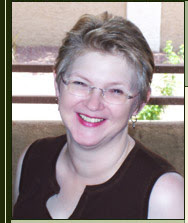 Jennifer AlLee was born in Hollywood, California and for the first 10 years of her life lived over a mortuary one block from Hollywood and Vine. An avid reader and writer, she completed her first novel in high school. That manuscript is now safely tucked away, never again to see the light of day. Her first inspirational romance, The Love of His Brother, was released in November 2007 by Five Star Publisher.

Besides being a writer, she is a wife and mom. Living in Las Vegas, Nevada, her husband and teenage son have learned how to enjoy the fabulous buffets there without severely impacting their waistlines. God is good!
Posted by April Erwin at 2/19/2010