Song Stuck on the Brain: Behold the Kingdom by Brother John 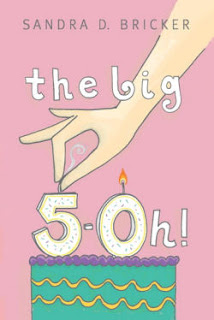 Olivia Wallace has a birthday curse . . . or so she thinks. It was a broken heart on her 16th, a car accident on her 21st, pneumonia on her 30th, and a fall down a flight of stairs on her 35th. There were Ohio blizzards on her 38th, 39th, and 40th; and six days before her 45th, she lost the love of her life to a heart attack. Numbing grief stole that birthday and a couple more to follow and, on the morning of her 48th birthday, she received the call she’d dreaded ever since losing her mom so many years ago…she was diagnosed with stage-3 ovarian cancer. The doctors didn’t hold out a lot of hope, but Liv survived and maintained her faith. Months of surgeries and chemotherapy and radiation treatments followed.

But now, as her 50th birthday creeps up the icy Ohio path toward her, her hair has grown back, her energy level is up, and she is officially cancer free. It makes her nervous. After everything she’s gone through, Liv hates the idea of driving on icy roads and returning to work as an O.R. nurse in a local Cincinnati hospital.

Her best friend Hallie knows just the thing to break Liv out of the winter doldrums, while providing a safe haven of warmth, sunshine, and a time to regroup: a holiday in the Florida sunshine!

If you'd like to read the first chapter of The Big 5-Oh!, go HERE 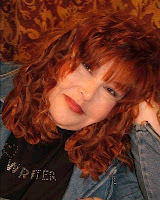 For more than a decade, Author Sandra D. Bricker lived in Los Angeles. While writing in every spare moment, she worked as a personal assistant

and publicist to some of daytime television's hottest stars. When her mother became ill in Florida, she walked away from that segment of her life and moved across the country to take on a new role: Caregiver.

One of Sandie's passions revolves around the rights of animals. She's been involved in fundraising for Lost Angels Animal Rescue for several years now; in fact, a portion of the proceeds of Love Finds You in Holiday, Florida will go to help the non-profit group with their expenses. And Lost Angels paid her back in a big way: They brought a free-spirited Collie named Sophie into her life after the loss of her 15-year companion Caleb.

It was her 8th novel that opened the door to finding her way as a writer.

In Sandie's words: "I guess most people would see my career as a publicist as a sort of dream job. But giving it up turned out to be the best thing that could have happened to me!" she declares. "Not only was I given the gift of getting to know my mother as an adult woman before she passed away, but I was also afforded the blessing of being able to focus completely on my dream of a writing career. I'm a Christian woman, first and foremost, so it was a bit of a dream-come-true when Summerside Press chose me as one of two authors to launch their new Love Finds You line."
Posted by April Erwin at 2/24/2010