Song Stuck on the Brain: Thanks to Lost, I've got "Catch a Falling Star" running through my head. 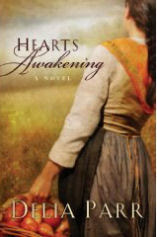 Two people in desperate circumstances. Life has left few choices for Elvira Kilmer. Her hopes for marriage and a family of her own have long since passed her by, and her arrival on Dillon's Island, nestled in the Susquehanna River, is not of her choosing, either.

She needs work. And Jackson Smith needs a housekeeper. Yet Ellie never imagined the widower would be so young...so handsome. Jackson, on the other hand, has never met anyone quite so...plain. But he quickly comes to realize that Ellie's presence may solve his own problems--both the rearing of his young boys and the scandal that surrounds his first marriage.

When Jackson offers her something quite out of the ordinary, will Ellie look beyond mere necessity and risk opening her heart?

Yet what options does she have? To marry would mean a home and stability. So despite the rumors circling Jackson and his first wife, Ellie accepts this unlikely proposal...

If you would like to read the first chapter of Hearts Awakening, go HERE. 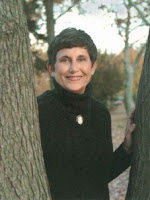 Delia Parr, pen name for Mary Lechleidner, is the author of 10 historical novels and the winner of several awards, including the Laurel Wreath Award for Historical Romance and the Aspen Gold Award for Best Inspirational Book. She is a full-time high school teacher who spends her summer vacations writing and kayaking. The mother of three grown children, she lives in Collingswood, New Jersey.