Song Stuck on the Brain: Sigh No More from the Much Ado About Nothing Soundtrack


This month the CSFF is touring:

A fantastic adventure and great follow up to book 1, Curse of the Spider King. If you haven't read it yet, go get it! These authors know how to weave a tale that keeps you up at night turning pages frantically. 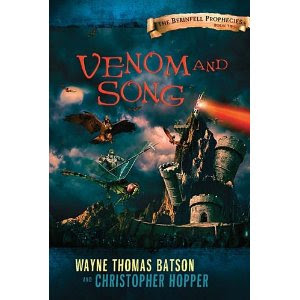 The Seven succeeding Elven Lords of Allyra were dead, lost in the Siege of Berinfell as babes. At least that’s what everyone thought until tremors from a distant world known as Earth, revealed strange signs that Elven blood lived among its peoples. With a glimmer of hope in their hearts, sentinels are sent to see if the signs are true. But theirs is not a lone errand. The ruling warlord of Allyra, the Spider King, has sent his own scouts to hunt down the Seven and finish the job they failed to complete many ages ago.

Now 13-year-olds on the brink of the Age of Reckoning when their Elven gifts will be manifest, discover the unthinkable truth that their adoptive families are not their only kin. Now in the strange realm of Allyra, the Seven young lords confront a traitor in their midst, a creature-infested forest, teenage fears and doubts, inexplicable mysteries . . . and the Spider King himself.
In a rigorous training program that makes boot camp look like Disneyland, the Seven must quickly learn to harness their own powers, work as one, and elude the Spider King's spies. But as the ancient Berinfell Prophecies are revealed, the Seven soon discover their training might not be enough. To stop the Spider King they must also unravel the secrets of the Rainsong, travel to a creepy, trap-infested fortress to find the legendary keystone, and lead the Berinfell Elves in an attack on the Spider King's own turf. An epic adventure with powerful messages about true strength, forgiveness, and working together as one body that will grab the attention of intermediate readers.

Wayne Thomas Batson is the author of five 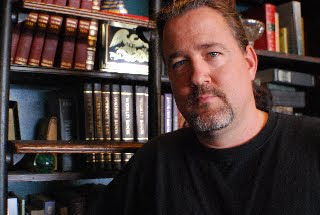 best-selling novels: Isle of Swords, Isle of Fire, and The Door Within Trilogy. A middle school reading teacher in Maryland for eighteen years, Wayne tailors his stories to meet the needs of young people, whom he cares so deeply about. Wayne writes adventures set in imaginative locals because he believes that on a deep level we all dream of doing something that matters and long for another world. When last seen, Wayne was tromping around the Realm with his beautiful wife and four adventurous children.


Christopher Hopper, whose books include Rise of The Dibor, The Lion Vrie, a 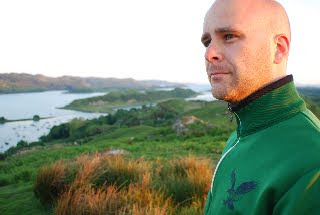 nd Athera’s Dawn has often been called a modern renaissance man. Christopher is a recording artist with nine CDs, a painter, youth pastor, president of a Christian discipleship school, entrepreneur, and a motivational speaker for schools across the US and Europe. Christopher has dedicated his life to positively affecting the culture of his generation and longs to see young people inspired to live meaningful and productive lives. He resides with his wife, 3 children, and horses, in the mysterious 1,000 Islands of northern New York.


Visit the other tour members blogs for their reviews:

April, AWESOME intro to Venom and Song. You always do a righteous job. Thanks for being a part of the tour. Let Christopher and I know if you have any questions!

Thanks, Wayne! It's easyt to post reviews for books like yours. You and Christopher do awesome work. :)

I read both books, loved them!