Song Stuck on the Brain: Sing a Song by Third Day

This month the CSFF is proud to tour:

MY TAKE:
Here's proof that you can't judge a book by it's cover. Or, at least not it's title. I almost overlooked this book just because of the title. I'm glad I took a second look. You all know that speculative fiction is really my cup of tea, and allegories can be iffy, but I love scifi and this story had enough of a scifi/tech edge to make me take a chance.
Wow, what a compelling and exciting read! Bill did a fantastic job with the allegory, laying the issue out clearly without softening the edges. In fact I'm not sure Nicholas had any soft edges. He was a brilliant character. He's irritating, arrogant, bullheaded and rude. He takes joy in destroying peoples faith, and yet you learn to like him somehow. It's not a chore, you want to know what happens next and you can't turn the pages fast enough.
The supporting cast is small, but works well in the story. I think Annie and her son were an interesting addition as the Christian examples. Annie has faith, but she also sees more in Nicholas than anyone else has, despite his complete lack of respect for her faith. It's her subtle influence that helps to bring Nicholas to his final conclusion, that a sacrifice has to be made.
The God Hater is a hit, mixing science, action, faith and truth into one very satisfying tale with a great ending. 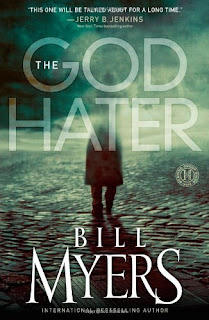 A cranky, atheist philosophy professor loves to shred incoming freshmen of their faith. He is chosen by a group of scientists to create a philosophy for a computer-generated world exactly like ours.

Much to his frustration every model introduced from Darwinism, to Existentialism, to Eastern beliefs fails. The only way to preserve the computer world is to introduce laws from outside their system through a Law Giver. Of course this goes against everything he believes and he hates it. But even this doesn't completely work because the citizens of that world become legalists and completely miss the spirit behind the Law.

The only way to save them is to create a computer character like himself to personally explain it. He does. So now there are two of him—the one in our world and the one in the computer world. (Sound familiar?)

Unfortunately, a rival has introduced a virus into the computer world. Things grow worse until the professor in that computer world sees the only way to save his world is to personally absorb the virus and the penalty for breaking the Law. Of course it's clear to all, including our real world professor, that this act of selfless love has become a complete reenactment of the Gospel. It is the only possible choice to save the computer world and, as he finally understands, our own. 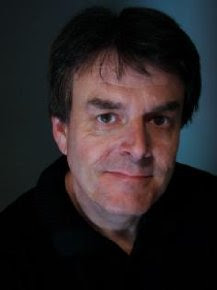 Writer/director Bill Myers’s first major success was as co-creator/writer/co-producer of Focus on the Family’s children’s video series, McGee and Me (40 awards, broadcast in 80 countries, 4.5 million books and videos sold). On its heels he wrote the My Life as... series (over 2.1 million books sold).

Other successes include his teen series, Forbidden Doors (winner of the C.S. Lewis Honor Award), and his best selling adult novels, Blood of Heaven, Fire of Heaven, Eli, Soul Tracker, The Face of God, and The Wager (also a motion picture staring Randy Travis). As a writer/director, his work has won over 60 national and international awards, and as an actor he was the voice of Jesus in the NIV Audio Bible and has made several guest appearances on Adventures in Odyssey.

He holds an honorary doctorate from The Nimes Theological Institute in France where he has taught. He enjoys traveling and lecturing as well as serving as lay college pastor for his church.

He lives with his wife and two daughters in Southern California.


Be sure to visit the other tour members for more insight and information:

Very good review, April. So glad you liked this one. Wish we could get more sci fi for those of you tourist who love it. ;-)

Thanks, Becky. I'd love to see more SciFi as well, but I think overall we've had some good review selections. You do a great job. :)