Song Stuck on the Brain: I Can't Fight This Feeling by Chicago

I Can't Fight This Feeling by Chicago seems to be the appropriate song to be stuck on my brain. "My life has been such a whirlwind since I saw you." Those lyrics seem to suit Jack Hanford to a 't', a single, college professor and literature lover, Jack's life is turned upside down when he receives a call from his 12 year old nephew, Timothy, telling him his mother is in the hospital and Jack is their legal guardian. Jack hasn't seen his deceased brother's family for 9 years, and he's only met them once. When he arrives at the secluded country home 90 minutes later he finds 6 kids all waiting for answers.

Meg Moseley did a brilliant job with this story. Jack, quirky as he is at times, is the normalcy and anchor for the craziness that follows. Miranda is a young widow trapped in a cliquish, near cult like church with secrets that run so deep, fear rules her life. Jack is her only remaining family and she'd rather trust her children to a near stranger than risk Pastor Mason gaining any more control in her life. She longs to break free and Jack is the key to helping her do that.

The mystery of Miranda and her family is more tangled than the ball of yarn their kitten Hellion would play with, but the author does an admirable job of unraveling the threads for the reader at just the right pace. Always anxious for more and unable to stop reading. The undertones of forgiveness and hope are strong, and I loved the touches of allegory that peppered the book. Each one of the children are strong and three dimensional, from 4 year old little Miss Martha and her ability to see beyond the surface of a person, to Timothy, the boy/man finding where he belongs in the world.

Fantastic writing, I look forward to more from Meg Moseley. 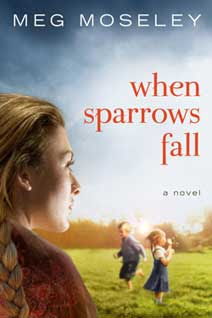 Freedom. Safety. Love. Miranda vows to reclaim them--for herself, and for her children.

A widow and mother of six, Miranda Hanford leads a quiet, private life. When the pastor of her close-knit church announces his plans to move the entire congregation to another state, Miranda jumps at the opportunity to dissolve ties with Mason Chandler and his controlling brand of “shepherding.” But then Mason threatens to unearth secrets only he knows, and Miranda feels trapped, terrified she’ll be unable to protect her children.

Professor Jack Hanford is more than surprised when he gets a call from his estranged sister-in-law’s oldest son, Timothy, informing him that Miranda has taken a serious fall and he has been named legal guardian of her children while she recovers. Quickly charmed by Miranda’s children, Jack brings some much-needed life into the sheltered household. But his constant challenging of the family’s conservative lifestyle makes the recovering mother uneasy and defensive—despite Jack’s unnerving appeal.

As Jack tries to make sense of the mysterious Miranda and the secrets she holds so tightly, Mason’s pressure on her increases. With her emotions stirring and freedom calling, can Miranda find a way to unshackle her family without losing everything? 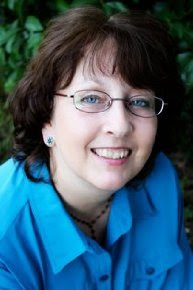 Although I’ve lived more than half my life in other states, I grew up in California and am still a California girl at heart. I love vintage bungalows, twisted oaks on rolling hills, and the rocky beaches of the Central Coast.

A few blocks away from home stood the Lutheran church where I came to faith, first through Sunday School teachers whose kindness drew me to the kindness of God, and then through confirmation classes. The Bible verses that had been drilled into my head came to life in my heart.

After moving away from home as a teenager, I worked at a variety of jobs, from candlemaker in a tourist town to administrative assistant at a Christian college. I married a wonderful man from Michigan, and we lived north of Detroit for seventeen years. That’s where we started homeschooling our three children, a journey that we finished in Georgia when our youngest graduated from high school in 2009.

My husband and I live near Atlanta, close to the foothills of the Southern Appalachians. His motorcycle often carries us to the mountains of Georgia, Tennessee, or the Carolinas. Sitting on the back of the bike, I can pray, enjoy the beautiful views, and plot new stories. Fiction makes my world go ‘round, whether I’m writing it or reading it.