Today I'm featuring yet another great release by my fellow friend and writer. It releases TODAY!

Grace
by
KC Sprayberry
ABOUT THE BOOK: 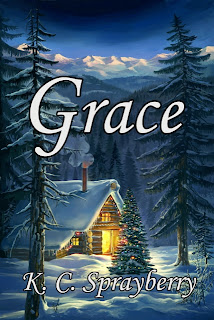 Grace Winston yearns for one last family Christmas before she leaves for England, but first she has to convince her brothers and sisters it's worth their while to come home. While her parents are happy that she's been accepted at Oxford University, they are pining for their family to gather together for the holidays. Grace talks her older brothers and sister into coming home, but then they must convince their other siblings: a brother who attacked their father to get money to feed his drug habit, and a sister who recently gave up alcohol and is raising her four young children alone. While Grace manages to bring them all together, she is soon wondering if this was really worth all the trouble she's gone through, especially when no one acknowledges her efforts to make this a Christmas to remember--until she receives an early gift that leaves her certain that everything will turn out all right.

EXCERPT:
Grace Winston had celebrated her eighteenth birthday a mere three weeks ago, the same day as Thanksgiving. There were no thanks in her house, no special foods prepared to celebrate her becoming an adult, nothing to mark the day as unique.
Her parents hadn't said "Happy Birthday" until it was time to go to bed. Even then, the acknowledgement had sounded more like "goodnight."

It's not Mama and Papa's fault. They can't help how sad they are. My brothers and sisters should have come like they said they would. They're not even making false promises anymore. All of them claim that they have other plans for Christmas, and we need to get over our selfish desire to have the family together.
For as far back as she could remember, that day has been one where her whole family showed up, until her oldest brother, Adam, decided that he had too much work to spend a week at his childhood home. Mark begged off the next year, claiming his wife's job required him to appear at the White House. The others never bothered to make an excuse the year after that.
Playlist for Grace: 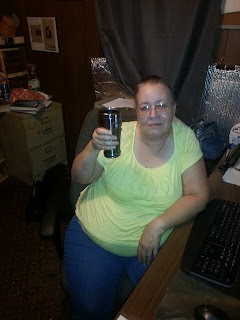 KC Sprayberry started writing young, first as a diarist, and later through an interest in English and creative writing. Her first experience with publication came when she placed third in The Freedoms Foundation at Valley Forge contest while in the Air Force, but her dedication to writing came after she had her youngest child, now in his senior year of high school.
Her family lives in Northwest Georgia where she spends her days creating stories about life in the south, and far beyond. More than a dozen of her short stories have appeared in several magazines. Five anthologies feature other short stories. She has three books that are Amazon best sellers: Softly Say Goodbye, Who Am I?, and Mama's Advice. Her other novels available are: Take Chances, Where U @, The Wrong One, The Ghost Catcher, Family Curse … Times Two, and Secret From The Flames.
Links:
Facebook: http://www.facebook.com/pages/KC-Sprayberry/331150236901202
Twitter: https://twitter.com/kcsowriter
Blog: http://outofcontrolcharacters.blogspot.com/
Website: www.kcsprayberry.com
Goodreads: http://www.goodreads.com/author/show/5011219.K_C_Sprayberry
JacketFlap: http://www.jacketflap.com/profile.asp?member=kathispray
Amazon: http://www.amazon.com/-/e/B005DI1YOU
Google +: https://plus.google.com/u/0/+KcSprayberry/posts
Pinterest: http://pinterest.com/kcsprayberry/boards/
Authorgraph: http://www.authorgraph.com/authors/kcsowriter
AUTHORSdB: http://www.authorsdb.com/authors-directory/5230-k-c-sprayberry  ﻿