Today I'm touring on behalf of the CSFF:

The long awaited sequel is here, YAY! Gifted author Robert Treskillard was featured here with his first book, Merlin's Blade, in May, 2013. I knew then that the wait was going to be worth it, I hope you agree with me.

Merlin's story is as old as time and yet completely fresh and exciting in this series. He's young, only the beginning of his career as advisor to Arthur. Here we see him become the man we all admire and respect. His human weaknesses aren't hidden, he's easy to connect with in many ways, and yet you still see the faith and loyalty woven so tightly into his character rising to the top and leading you on.

The words are so well written, I feel like I'm actually there with the young group of protectors. The characters themselves so well written they give me chills. Merlin's sister particularly. She creeps me out even more than her grandfather, the leader of the druids.

It's a fast paced, high intensity, can't sleep until you put it down story that will suck you in and leave you wanting more. Be sure you read Merlin's Blade first though, reading a series in order is helpful. :) 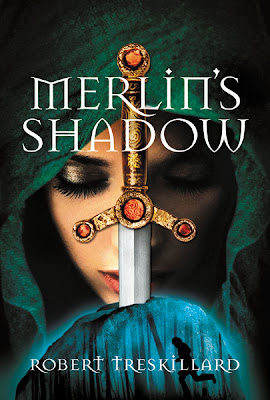 Betrayal. After destroying the sinister Druid Stone and freeing his people from its dark control, Merlin finds himself to be a royal advisor without a king. Along with his friend Garth and Natalenya, his betrothed, Merlin treks north with the orphaned Arthur in hopes of keeping the young ruler safe from soldiers misled by their turncoat captain. Relentlessly pursued by his nemesis Vortigern, Merlin and his band make for the fortress of Dintaga.

But dangers multiply when Merlin realizes that Vortigern is not his only enemy. Even his own sister appears bent on Merlin's destruction. As the threat on all their lives increases, Merlin discovers their only hope is sailing to the lands of eternal darkness and once again cleansing the world from an ancient and powerful evil.

“Turn the pages, and you can almost feel the fog rolling in off the moors, smell the low heather, and catch a glint off a blade.”— Best selling author Wayne Thomas Batson

“Treskillard builds a real person in Merlin … whose belief in honor and family make him a figure to cheer for.”— Christy Award winning author Jill Williamson 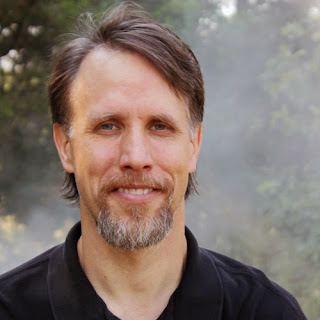 Robert Treskillard is a Celtic enthusiast who holds a B.A. in Biblical & Theological Studies from Bethel University, Minnesota. He has been crafting stories from his early youth, is a software developer, graphic artist, and sometime bladesmith. He and his wife have three children and are still homeschooling their youngest. They live in the country outside St. Louis, Missouri.

It all began when Robert’s son wanted to learn blacksmithing and sword-making. The two set out to learn the crafts and in the process were told by a relative that they were descended from a Cornish blacksmith.

This lit the fire of Robert’s imagination, and so welding his Celtic research to his love of the legends of King Arthur, a book was forged—Merlin’s Blade, book one of The Merlin Spiral, now published by Zondervan / BLINK Young Adult Books and available worldwide wherever books are sold.

Visit the author's blog at: http://www.epictales.org/blog/robertblog.php

Be sure to pop by the other blog tour members as well:

In conjunction with the CSFF Blog Tour, I received a free copy of this book from the publisher.
Posted by April Erwin at 12/18/2013

Thanks April for being part of the tour and for the review!