Welcome to the blog, Paul. It's always great to meet new authors. (Thank you, Author Mary Waibel for the introduction!) This is a really new introduction for both of us, so I haven't had a chance to read your book, Jason and the Draconauts yet, but let me say it looks like a lot of fun. I look forward to reading it, I'm a big dragon fan. :)

Since I'm getting to know you at the same time as my readers, I thought I'd ask a few fun questions. Are you game?

Q. What books did you love to read the most as a kid? What captivated you?

A. I was a HUGE reader of comic books, actually, and a big collector into my late teens. It wasn't just the costumes and super powers that captivated me, but their heroism and selflessness as well. However, I read novels too. The ones that were really big for me were the Lord of the Rings trilogy and the Hobbit.

Q. Have you ever had an odd adventure that surprised you as much as Jason's discovery surprised him?

A. Wow! That is a GREAT question! Actually, quite recently, I took my kids to Disney World for the first time. I was all prepared to put on a brave face for the kids but secretly be hating the whole experience. It turned out, I really loved it and had a great time! The magic holds true for all ages.

Q. What do you love the most about the kind of story you tell?

A. I really enjoy writing the dialogue and the humorous scenes. I work really hard to capture realism in my dialogue. I also enjoy the cliffhanger, which annoys some people who read my work. I think that rush that comes from thinking, "Are you kidding me?!? What happens next?" is a lot of fun.

Q. Tell us 5 funny things about yourself.

A. I hate being sniffed (long story for another blog post)

Q. What inspires you the most? Why do you write?

A. The action of creating is so awesome; birthing something from your imagination that can jump start the imagination of other is such a fantastic and humbling process. My kids inspire me as well; I want to show them that art and expression are so much better than video games and TV (even thought those are cool too)

Great interview. My nephew would have loved seeing you in the Dr. Who costume. :) (I'm more of a Stargate girl, but I appreciate all things SciFi Fantasy.) And the Hobbit is priceless! Thanks so much for stopping by, Paul. It's been fun getting to know you a little better.

Be sure to check out Paul's book and read an excerpt below. 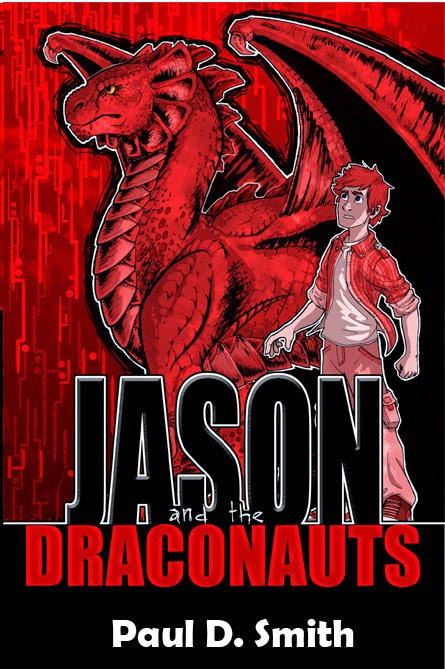 The creature hiding in the barn can’t exist. Fifteen-year-old Jason Hewes knows it’s impossible. A live dinosaur would be more believable; at least dinosaurs once roamed the land which is now the Hewes Montana farm. But this beast from legend? Quite impossible—although it doesn’t seem to be going away just because it shouldn’t exist.

Jason is about to reevaluate what is or isn’t possible. His discovery is very real, leathery wings and all. Nor is his new friend alone. Others of his kind are awakening from a centuries-long slumber. Realizing how traumatic contact between mythological beast and modern life could be, Jason and his impossible new ally devise a plan to integrate the newly awakened creatures into society through teenage interaction. What could possibly go wrong?

As the sound of giant wings becomes a common occurrence on the Hewes family farmstead, a malignant force senses his old enemies are flying again. Determined to end an eons-long war forever, this being turns his attention to a small rural town, a family farm, and Jason Hewes.

Jason sprinted into the house and grabbed the largest kitchen knife he could find. Then he took a second in his other hand. Then he put a meat mallet in his back pocket. And then, for some reason, he grabbed a carrot peeler, just for good measure. He ran back to the front of the house and burst out of the screen door into the yard as he shone the flashlight ahead of him and mumbled, “Stupid, stupid, stupid” all the way to the barn.

But in the short run to the old barn, the rain stopped. It was enough of a dramatic contrast that it made Jason pause in mid-run. He looked curiously into the sky and saw the clouds dissipating as stars became visible again. Had Jason been in any other state but sheer terror, he would have asked himself questions about the phenomenon, out loud, and probably made fun of weather forecasters again. But all he could do was keep going to the barn.
Arriving at the barn’s large doors, Jason swallowed hard, insulted his own common sense one more time, and then slowly pulled them open.
He saw nothing…mostly because it was night, and he hadn’t bothered flicking on the light switch yet. Jason always wondered why the previous owners had run power out to the red wooden structure. But he decided not to complain about it that night, and he groped along the wall until he found the switch and flicked the lights on.
And there it was.
Judging by its size, he could tell this was what had impacted the earth and had caused the tremor that he’d felt back at the house. It was over thirty feet long and resembled—Jason couldn’t believe he was thinking this—a dinosaur.
It had a long neck attached to a muscular body and narrowed to a very long tail. Its body was covered in scales that were colored shades of brown and gray. Spines ran along the length of its neck and the length of its tail as well, and each of its four legs ended in a three-toed foot, with each toe ending in a long, curved claw. Its head was oddly shaped; a large curved plate extended back from the creature’s eyes on either side, arcing upward into two points and vaguely resembling a plowshare. It had a short snout tapering off to a rounded tip, with two nostrils on the top just short of the tip.
But what made Jason realize that this was no dinosaur were the massive wings sprouting from either side of the creature. The wings were batlike, and Jason estimated the wingspan was close to sixty feet. Wings like those were not vestigial, like those of an ostrich or emu; this creature was made for flight. He noticed the membrane of one wing seemed damaged, burned away to form a hole with seared edges. He followed the lines of the wings back to the body and could see the creature’s chest expanding and contracting slowly and rhythmically. It was breathing; it was alive. Unconscious but alive.
Jason finally took notice of his own body; his breathing was shallow and rapid. He whispered to himself, “Get a grip, Hewes. You’ve played enough fantasy games to know what this is, as unbelievable as it seems. This is a dragon.” 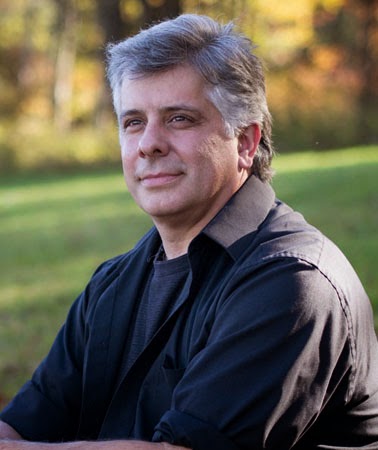 Paul Smith lives in upstate New York with his wife and two sons, where he works with emotionally disturbed and mentally ill children. He earned a master’s degree in social sciences from Binghamton University in 1999.

A lifelong love of science fiction, fantasy, and superhero stories influences Paul’s writing. His most recent work was a popular weekly online series that generated over 20,000 views. Jason and the Draconauts is his first novel.


http://jasonandthedraconauts.blogspot.com/
Posted by April Erwin at 10/27/2014