Song Stuck on the Brain: Angel Baby by Dean Martin   - my sister Angel calls this her song, she says Dino is singing it to her. :)

I always enjoy a good mystery. A good historical, too, when done well. The second world war is a favored time period for me, so when Direct Hit became available, I was intrigued with the premise of solving a murder in the midst of WWII England after a bomb obliterates the evidence. How do you solve a murder with everything destroyed?

Detective Inspector Jago  does it. He's old school and brilliant. Despite being his own man, I could sense a touch of Sherlock mixed with a hint of Poirot flowing beneath the surface. Mike Hollow did a great job. Direct Hit has an authentic feel, with just the right amount of grittiness and charm.

Unfortunately, for me the story seemed to unfold a little slow for my taste. The opening scene is grabbing, but it takes about eight chapters before it makes any sense to the story. I'd nearly forgotten about it when the incident came up again. That was me, and I admit, I wasn't able to devote as much time to read this one in a straight shot as I normally do, so this could be completely my on perception. The story does pick up and the mystery is very intriguing.

I would consider Direct Hit a strong genre read. If you enjoy this era and style of novel, then this is most definitely for you. Looking to branch out and try something new? Give it a try and make sure to give yourself time to adjust to a style and pace that's unique to this genre. 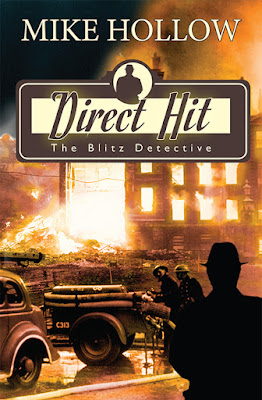 The jagged blast of high explosives rips through the evening air. In the sky over East London the searchlights criss-cross in search of the enemy.

On the first night of the Blitz, a corpse is discovered in a van in the back streets of West Ham. Detective Inspector John Jago recognizes the dead man as local Justice of the Peace Charles Villers. But then a German bomb obliterates all evidence.

Villers, not a popular man, was both powerful and feared. As the sirens wail, the detective must start matching motive to opportunity--and it doesn’t help when his boss foists an intrusive American journalist on him.

Jago soon discovers the dead man held many secrets, some reaching back to World War I. A lot of people wished Villers dead--and an air raid is a good time to conceal a murder. - See more HERE. 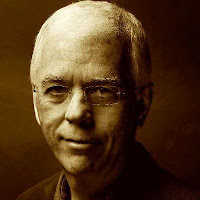 Mike Hollow studied languages at Cambridge, then worked for the BBC, and then Tearfund. Now a freelance writer and editor, he lives in Basingstoke with his wife Margaret. A popular poet, his work has been widely performed and has appeared in many collections.