Song Stuck on the Brain: Hooked on a Feeling by Blue Swede

Just finished watching Guardians of the Galaxy. Hmm, what to say? Great soundtrack, cool casting, and a really cool baby Groot. But starts slow and not sure I'd want to watch again. I think it could be an acquired taste, which is sad since I've loved the Avenger/Iron Man/Thor movies. X-Men are pretty awesome too. Just not sure about the Guardians.

The Delphi Trilogy was my latest foray into the YA market. It's categorized as Mystery/Thriller but I'd add a touch of modern Fantasy as well.

Zach is a really intriguing character. Born in to an ancient secret society, hidden away in a foreign country under a false identity by a mother showing signs of mental illness, orphaned and out for revenge - Zach has a true hero's journey. It's a complex story with a lot of intrigue, action and surprises. The elements of mythology brought to life is unique and the romance is sweet and well integrated. I appreciated that the romance felt legit and believable.

Chris is a great writer with a a good eye for detail. *small spoiler alert* The cavern system is amazing. Having worked in a cave system for years and living in the cave state, where the underground cave status equals that of Jerusalem, I appreciated the detail. It added a great element of suspense, too.

I was very glad I had the whole series ready at hand because each book left me with enough of a cliff hanger that I was anxious to grab the next book and keep reading no matter how late it was. I definitely recommend this series to all ages that enjoy mystery, adventure, love and mythology.

(There is a prequel that of course I discovered after I'd finished the series, but I'm giving you the heads up since it's worth reading them in order.)

The Shadow of Delphi: A Short Delphi Trilogy Prequel

Was the dead boy in the boarding school chapel really who he claimed to be? Are the headmaster’s ominous words meant to reassure the rest of the boys—or warn them? Why is Mom making one of her secret visits now? Answers are scarce for Zach, a boy who was taken away from home nine years ago and hidden away, forbidden to ever return home or reveal his true identity. But the questions are driving him to make a fateful decision that will change his life for the darker.

The League of Delphi  by Chris Everheart 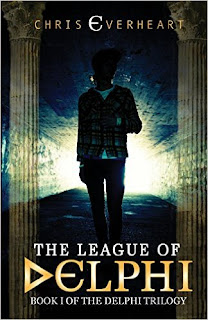 A lone teen, a suspicious death, an ancient conspiracy. The first book of the gripping new Delphi series, The League of Delphi draws you in, takes you on a tense and thrilling ride, and leaves you wanting more. Ten years after his father's mysterious death, 17-year-old Zach secretly returns to his wealthy hometown in search of answers. Why did his mother move him away then go into hiding to die alone? Why did she change his name, forbidding him to ever reveal his true identity? Why was he never allowed to return home? Left with nothing and no one, Zach is desperate to reconnect with this seemingly "perfect" town. But something isn't right. When a local teen commits suicide and no one seems to care, Zach's hopes collapse into disenchantment and suspicion. Ashley, a local teenager on the fringe, piques his interest with whispers of a secret committee controlling the lives of everyone around them. Could it be true? Together, Zach and Ashley delve into the hidden life of the town and discover a dark connection to Ancient Greece and the Oracle at Delphi. Their suspicions are confirmed - but the conspiracy is more terrifying and dangerous than they ever imagined...


The Delphi Deception: Book II of the Delphi Trilogy by Chris Everheart 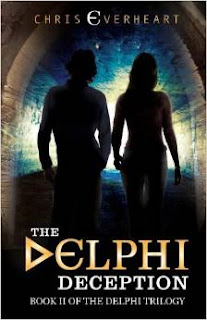 The gripping Delphi Trilogy continues with Book II, The Delphi Deception, plunging readers deeper into a dark world of conspiracy and danger. A desperate teen, a dangerous alliance, an ancient foe. After ten years in hiding 17-year-old Zach made the mistake of returning to his wealthy hometown. He slammed head-on into the conspiracy that killed his parents, drove a childhood friend to suicide, and exploits teens to fulfill an ancient agenda of greed. Zach should have run. But he stayed, and now the consequences are burying him. His blind pursuit of the town’s deepest secrets has left him injured and terrified. The answers he’s gotten about his true identity are more disturbing than he could have imagined. And his first love, Ashley, is in more danger than ever. Zach’s desperate plan to save his crumbling world is derailed by the mysterious man he thought was his ally. Forced to team with Ashley’s ambitious sister who’ll help—for a price—he enters an alliance fraught with deception and betrayal. As the League of Delphi’s vicious new security chief closes in on him, Zach is propelled back into the jaws of danger by a cryptic command from beyond this world. Will his misguided mission save Ashley? Or will it get them both killed?


The Delphi Revelation: Book III of the Delphi Trilogy by Chris Everheart 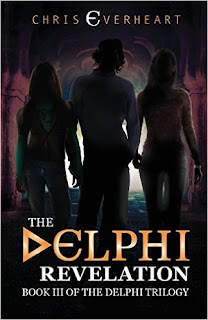 A defiant teen. A deadly confrontation. A stunning revelation. The spellbinding Delphi Trilogy hurtles to a gripping conclusion with The Delphi Revelation, a thriller that keeps you enthralled to the end. 17-year-old Zach secretly returned to his wealthy hometown after ten years in hiding only to plunge into a grim reality and discover the true reasons his mother took him away and changed his identity: a secret Committee that controls the lives of everyone in town and the global League of Delphi with an ancient agenda of greed and teen exploitation. In search of his family's true past, Zach makes unexpected connections with other desperate souls. Ashley, his first love, is ensnared in the League's deadly conspiracy. Larry, the town's vengeful outcast, has turned out to be closer to Zach than he could have imagined. But trust comes with a price. Zach finds himself trapped and tortured by the League's vicious security chief. He can stop the pain by accepting their twisted way of life. But the wrong decision will endanger thousands of lives-and drive those closest to him to disaster and death. 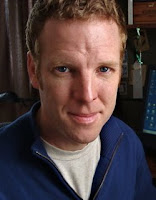 Chris Everheart is an award-winning author of more than twenty books and short stories for middle-graders, young adults, and adults and an award-winning filmmaker. A lifelong reluctant reader, TV junkie, and movie lover, Chris infuses the pacing and thrills of visual storytelling into all his stories. When not writing he can be found hiking in the mountains near home, watching television, or learning about history, science, and archeology. He's a Minnesota native living in East Tennessee with his family.
Posted by April Erwin at 7/14/2015