Song Stuck on the Brain: Rhiannon by Fleetwood Mac All of the books in the MUSIC OF THE HEART series are based on a hymns and their histories. The Longing Season is about one of the greatest redemption stories of all time: John Newton and his song, Amazing Grace.

Nature conspires against him, tossing the ship like a toy. Directionless--just like his life.
It seems his odyssey will end here, in the cold Atlantic. Grief and terror grip his heart, but he will not surrender...not yet.

She reads the sentence again and again. The first day I saw you I began to love you. He'd written the words, sealed and posted them, then vanished.

She has a choice--turn toward the future, or wait, wating and hoping.

And so begins her season of longing. 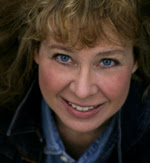 Christine Schaub is the author of the MUSIC OF THE HEART series, including Finding Anna, the “rest of the story” behind the writing of the hymn “It Is Well With My Soul” (October 2005) and The Longing Season, the story behind “Amazing Grace” (July 2006) with Bethany House Publishers, a division of Baker Books.In 2003, Christine won the “On the Page” screenwriting contest at Screenwriting Expo 2 in Los Angeles. Her one-page story, written on-site in 24 hours for Jacqueline Bisset, was selected by the actress as the best Oscar Wilde-type comedy for her persona.

While working in freelance corporate communications, Christine completed three feature-length screenplays, including a drama/comedy, romantic comedy, and sci-fi action/drama; developed four biopic teleplays for the stories behind the hymns; and published an online column for the MethodX website (Upper Room Ministries).

Christine honed her writing skills after more than 15 years in corporate communications for healthcare, pharmaceutical, and entertainment companies. She has also been a featured conference speaker on working with at-risk youth and changed lives in the classrooms with her creative presentation style.

Christine's love for the arts and creativity have taken her from church platforms to civic and professional stages, performing classics and dramas from her own pen.

Christine graduated from Anderson University with a bachelor’s degree in Mass Communications. She has served on numerous boards and committees, usually as Communications Chair, and has received both regional and national awards in writing and design.

Help Bethany House choose a cover for a new release click Here to take the short survey.
Posted by April Erwin at 2/07/2007