Song Stuck on the Brain: Here We Are by Alabama 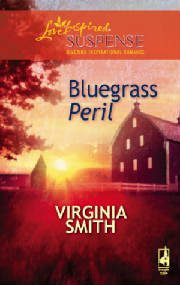 WHO KILLED HER BOSS?

Local police had tagged single mom Becky Dennison as their prime suspect. But she'd only been in the wrong place at the wrong time...admittedly, with her boss's lifeless body. Sure it looked bad, but Becky had no motive for killing...even if she had opportunity.

When the director of the retirement farm for thoroughbred champions is murdered, Becky Dennison teams up with the handsome manager of a neighboring horse farm, Scott Lewis, to find her boss's killer. Soon the amateur detective are hot on the trail of the murderer...even as their feelings for each other deepen.

The amateur sleuths uncover a trail of clues that lead them into the intricate society of Kentucky's elite thoroughbred breeding industry. They soon find themselves surrounded by the mint julep set - jealous southern belles and intensely competitive horse breeders - in a high-stakes game of danger, money, and that famous southern pride.

And for Becky and Scott, this race on the Kentucky tracks has the greatest stakes of all: life or death! 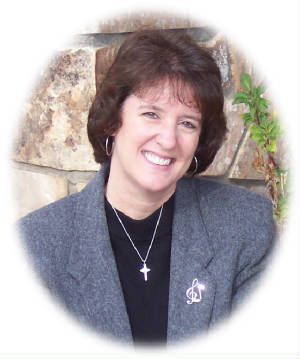 Virginia Smith left her job as a corporate director to become a full time writer and speaker in the summer of 2005. Since then she has contracted eight novels and numerous articles and short stories.

She writes contemporary humorous novels for the Christian market, including her debut, Just As I Am (Kregel Publications, March 2006) and her new release, Murder by Mushroom (Steeple Hill, August 2007). Her short fiction has been anthologized, and her articles have been published in a variety of Christian magazines.

An energetic speaker, Virginia loves to exemplify God’s truth by comparing real-life situations to well-known works of fiction, such as her popular talk, “Biblical Truths in Star Trek.”
Posted by April Erwin at 12/05/2007