Song Stuck on the Brain: Getting to Know You by Julie Andrews 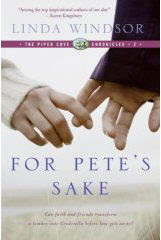 For Pete's Sake is a remarkable story about the unlikely live between a grown-up tomboy and the millionaire next door.

Ellen Brittingham isn’t sure true live exists until she contracts to do the landscaping of the estate of the sophisticated widower next door, Adrian Sinclair. Adrian has it all—at least on the surface, He’s engaged to a beautiful woman who helped him build a successful business and he’ll soon have a mom for his troubled son Pete.

Yet, from the moment Ellen rescues a stranded Adrian on her Harley, his well-ordered world turns upside down, cracking his thin façade of happiness and revealing the void of faith and love behind it. Even more, his son seems to have his own sites set on Ellen – as his new mom.

As Ellen’s friendship grows with Pete, she realizes that his father is about to marry the wrong woman for the right reasons. And despite her resolve to remain “neighbors only” with the dad, the precocious boy works his way into her heart, drawing Ellen and Adrian closer. Close enough for heartbreak, for Pete’s sake!

But how can her heart think that Adrian Sinclair is the one when he’s engaged to a sophisticated beauty who is everything Ellen isn’t. When Ellen’s three best friends see she’s been bitten by the love bug, they jump into action and submit her to a makeover that reveals the woman underneath her rough exterior and puts her in contention for Adrian’s love.

But Ellen must ask herself whether she’s ready to risk the heart that she’s always held close. Will Ellen be able to trust that God brought this family into her life for a reason? Or will her fear of getting hurt cause her to turn away from God’s plan and her one true chance at love?

Read my blog post about book 1 in the series, Wedding Bell Blues. 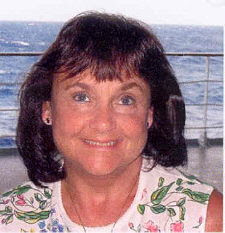 Maryland author Linda Windsor has written some twenty-nine historical and contemporary novels for both the secular and inspirational markets, but she is most noted for delivering “The Lift of Laughter and Spirit” in her modern inspirational romances.

In addition to writing and doing fiction-writing workshops at conferences across the country, Linda continues a music and lay speaking ministry started by her and her late husband, and she is a part-time financial analyst. She also works on “as desperately needed” home improvement projects on the 18th-century-plus house that she and her husband began restoring in 1986. Wallpaper and paint are definitely in her near future.