CFBA: On the Edge of the Dark Sea of Darkness by Andrew Peterson

Song Stuck on the Brain: Somewhere Out There from An American Tail

On the Edge of the Dark Sea of Darkness 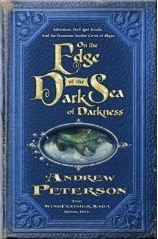 Once, in a cottage above the cliffs on the Dark Sea of Darkness, there lived three children and their trusty dog Nugget. Janner Igiby, his brother Tink, their crippled sister Leeli are gifted children as all children are, loved well by a noble mother and ex-pirate grandfather. But they will need all their gifts and all that love to survive the evil pursuit of the venomous Fangs of Dang who have crossed the dark sea to rule the land with malice and pursue the Igibys who hold the secret to the lost legend and jewels of good King Wingfeather of the Shining Isle of Anniera.

Andrew Peterson spins a quirky and riveting tale of the Igibys’ extraordinary journey from Glipwood’s Dragon Day Festival and a secret hidden in the Books and Crannies Bookstore, past the terrifying Black Carriage, clutches of the horned hounds and loathsome toothy cows surrounding AnkleJelly Manor, through the Glipwood Forest and mysterious treehouse of Peet the Sock Man (known for a little softshoe and wearing tattered socks on his hands and arms), to the very edge of the Ice Prairies.

Full of characters rich in heart, smarts, and courage, On the Edge of the Dark Sea of Darkness presents a world of wonder and a tale children of all ages will cherish, families can read aloud, and readers’ groups are sure to discuss for its layers of meaning about life’s true treasure and tangle of the beautiful and horrible, temporal and eternal, and good and bad.

I loved this book. Funny, imaginative, creative, unique... . I was hooked from page one. I look forward to reading the rest of the series.

WHAT OTHERS ARE SAYING:

“So good–smart, funny, as full of ideas as action.” –Jonathan Rogers, author of The Wilderking Trilogy


“A wildly imaginative, wonderfully irreverent epic that shines with wit and wisdom–and features excellent instructions on how to cope with Thwaps, Fangs, and the occasional Toothy Cow.” –Allan Heinberg, writer/co-executive producer of ABC’s Grey's Anatomy, and co-creator of Marvel Comics Young Avengers

“Totally fun! Andrew Peterson, a natural storyteller in the oral tradition, has nailed the voice needed to translate a rip-roaring fantasy tale to the written page.” –Donita K. Paul, author of DragonSpell, DragonKnight, DragonQuest, and DragonFire 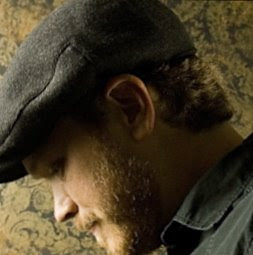 Author/Singer/Songwriter Andrew Peterson, a 2005 Audie Award finalist for his readings of Ray Blackston’s Flabbergasted trilogy, wrote and produced the popular Christmas play and musical Behold the Lamb of God: The True Tale of the Coming of the Christ, and the album by the same name, which received the 2004 Best Album of the Year, World Christian Music’s Editors Choice Award. Andrew’s received critical acclaim for his seven albums and is at work on an eighth. He lives with his wife Jamie and their three young children near Nashville, Tennessee, where he reads storybooks aloud to his family each evening.


Artist Justin Gerard has illustrated several children’s books, including The Lightlings storybooks for young readers by R.C. Sproul. He lives in Greenville, South Carolina, and works as the chief creative officer for Portland Studios.

I'm giving away a copy of this fabulous book. To enter, click on the book cover in the side bar to email me your entry. The contest is open to US and Canadian residents and ends midnight on March 31, 2008.

Email ThisBlogThis!Share to TwitterShare to FacebookShare to Pinterest
Labels: Andrew Peterson, CFBA, Free Contest, On the Edge of the Dark Sea of Darkness