Song Stuck on the Brain: Pour Some Sugar on Me by Def Leppard


Today the CSFF is touring:

MY TAKE:
Very original, extremely intriguing, and thoughroly thought provoking. I enjoyed this book tremendously, as much for the intrigue and characters, as the political controversy. It's a great read.
I hate giving away surprises, so I'm going to avoid mentioning the very big surprise ending. However, the rest of the story is just full of what if's and near future maybe's, so there's plenty to discuss.
Sigmund's story is set in the near future. An America divided by religion. The Outsiders governed much like our modern society only much advanced and obviously dabbling in some science best left alone. The other half of society is being goverened by a religious faction that controls the population with Nazi like precision. In the middle is the Clan. Rumored to be terrorists, yet possibly the salvation to those fleeing to the Outside.
The story shows the extremes that our country is headed for if we don't take notice and make changes. It suggests that the Christian Right Wing group will one day go too far and that the country is headed for division between fundamentalists that distort the true Christian beliefs and Liberal leaders that have no morals. In the midst of all of this is Caitlyn, a unique and deformed young woman trying to escape to the outside.
I'm not sure I believe that what is presented is what will happen to our country, but I can see how the possibilities are there. The question that stood out the strongest in mind as I read, was, Am I willing to fight for my beliefs and where do I draw the line? It's something we all have to ask ourselves. Who knows how soon the answer to that will be required of us?
ABOUT THE BOOK: 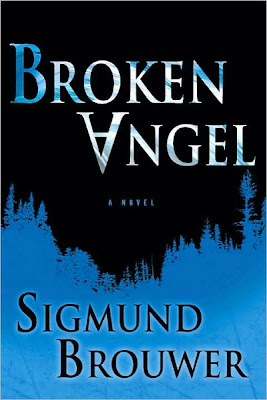 In this engrossing, lightning-paced story with a post-apocalyptic edge, best-selling author Sigmund Brouwer weaves a heroic, harrowing journey through the path of a treacherous culture only one or two steps removed from our own.
Watch the Music Video for Beautiful Bird sung by Cindy Morgan. It's the theme song for Broken Angel. 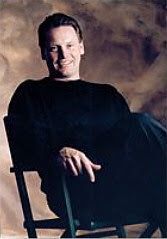 Sigmund's faith is an integral part of his creative goals. Although an overt Christian agenda doesn't appear in his novels, an underpinning of morality and redemption make his books more than tools of escape. Not surprisingly, on of his greatest writing influences is C.S. Lewis. "C.S. Lewis is definitely one of the writers I admire most," Sigmund says, "He wrote as well as possible, knowing that the Truth would speak for itself. He always tried to be logical, and true, and never tried to inject things for the sake of putting them in there. He's the one who said, "There's no Christian way to write, just as there is no Christian way to boil an egg. Writers, whether they are Christian or Agnostic, have to follow good rules of writing and he did. And because of that, the Truth spoke for itself."


Sigmund is married to Christian recording artist Cindy Morgan. The couple and their two young daughters divide their time between homes in Red Deer and Nashville, Tennessee.

To read more, be sure to visit the other tour members at: