Song Stuck on the Brain: Cheek to Cheek by Fred Astaire 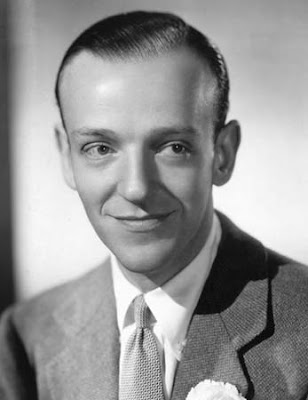 Now there is a smooth and debonair man. He may not have been the most good looking of the silver screen actors, but I'd watch him any day. He was funny, smooth, elegant and had fantastic timing. I love watching him and Ginger Rogers.
TMC recently ran an RKO Studios 80th anniversary marathon, and they played several of Fred and Ginger's movies. I've watched the Gay Divorcee and Top Hat the last two nights, and there are more on my DVR. The plots were nearly identical, as were the casts, but I found I didn't really care. They made me smile. Especially the scene in Top Hat when they're dancing and Fred is singing Cheek to Cheek. I could picture John Coffee in The Green Mile, smiling, tears streaming down his face as he watched the same scene. Made me love it even more. 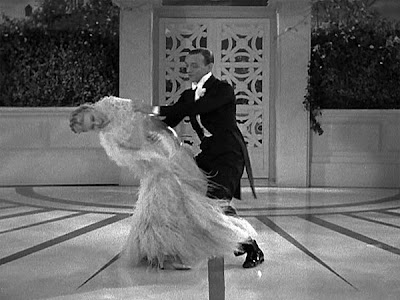 Ginger is one of my fav's too, and not just because she's from my hometown. She was truly a talent. I love her sarcasm and quick wit. I suppose most would say that was due to the writer's dialogue, but you can tell that she was like that in person. She didn't have to try hard to be independent and strong. 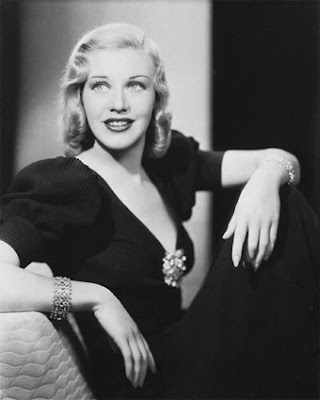 As much as I love some of our modern day actors, I can't help but wish we had film stars like her now. I've been trying to imagine who today would be Ginger's equivalent, and I can't pick one. The names that immediately come to mind are Sandra Bullock and Keira Knightly, but they just don't have it all. I'll have to keep thinking. Can anyone else name the modern day Ginger Rogers?
I've got a couple more Fred and Ginger pics to watch, and I think I have a Ginger and Jimmy Stewart movie too. Fred is great, but Jimmy has my heart. :)