Song Stuck on the Brain: My Beautiful Life by Ferras 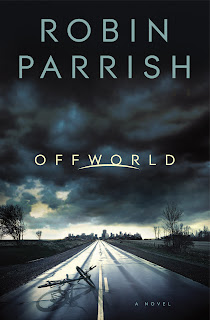 Christopher Burke and his crew of NASA astronauts are the first human beings to walk on the surface of Mars. Their return to Earth is supposed to be a momentous day. But a surprise waits for them that's beyond imagining: every man, woman, and child on Earth is gone. Vanished.

Burke and his crew have been through a lot together. But nothing can prepare them for what they’ll find when they discover the extraordinary secret behind the disappearance of mankind. 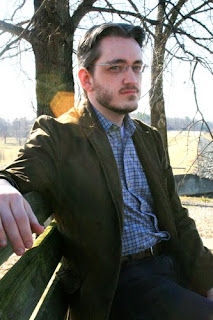 Robin Parrish is the author of Bethany House Publishers' suspense/thrillers, The Dominion Trilogy: Relentless (2006), Fearless (2007), and Merciless (2008). His next novel is a science fiction thriller titled Offworld, and is scheduled for publication Summer 2009. Two further novels are already contracted and in the works for Summers 2010 and 2011.

A successful, 14-year journalism career -- where he covered all aspects of pop culture and entertainment -- gave Robin a profound respect for deadlines and a strong work ethic as a writer. His credits include About.com, CMCentral.com, INFUZEmag.com (which he also created), and PopCultureGeek.com (co-creator). Each of these positions allowed Robin to analyze his favorite storytellers and stories, which range from Joss Whedon and J.J. Abrams to Tolkien and C.S. Lewis.

Robin's distinct voice as a writer largely comes from his life's experiences -- most notably the death of his father in 2002 at the much too young age of 58. Robin is also a chronic pain sufferer (a topic he rarely talks about publicly), which has given him a unique perspective on the transitory nature of human existence. Much of what he writes about boils down to an examination of just what this thing we call "existence" really is.

Robin is currently a full time writer. He and his wife Karen and son Evan live in High Point, NC. He has an unhealthy obsession with Facebook, he is unable to resist a Krispy Kreme original glazed donut regardless of the time of day, and he does not own nearly as many LEGO Star Wars kits as he feels he should.