SONG STUCK ON THE BRAIN: Stargate SG-1 theme music. We're re-watching the series and we're almost through season 2. Love the show and the music? I don't mind that one being stuck on the brain. 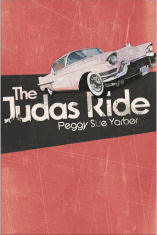 An unwed (and unwanted) teen pregnancy with two possible fathers. Abusive relationships. Drug and alcohol addiction. Rape and molestation. The struggle to understand grace, forgiveness, and free will versus predestination. The Judas Ride hits the road running in the opening pages, where Sonia and Xavier argue explosively about whether Sonia should have their unborn child and about who the father is: Xavier, a struggling Christian, or Vader, an abusive and abused drug dealer. As the pages turn, readers continue to meet a hodgepodge of troubled teens and eclectic characters, including Pastor Manny, a quirky immigrant pastor infatuated with John Wayne. Pastor Manny desires to help the tortured souls in his community but finds that it takes more than unconditional love to reach them. Secrets literally kill in The Judas Ride, an edgy, in-your-your face Christian novel that boldly explores the struggles of modern-day young people.

If you would like to read the first chapter of The Judas Ride, go HERE 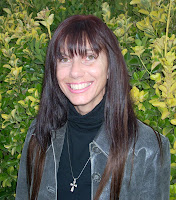 Peggy Sue Yarber, PhD in psychology, lives in central California with her husband, two daughters, six turtles and two dogs. She works in the field of education.

The Judas Ride was inspired by her current and previous students. She has seen and experienced and seen similarities between the students and Jesus’ traitor, Judas Iscariot. She has always been fascinated with Judas. Yarber went to a catholic school when she was young and Judas was always portrayed like a mysterious rebel.

She ventures to say, “I guess he was my James Dean of the Bible. But in a good way! In the way that…he did something so wrong so that the entire world could be saved. He had to betray Jesus in order for the rest of the story. I have always wondered what it would be like to not do that one bad thing that would lead to that one great thing. So I had the Vader character sort of run through the paces of Judas.”

Redemption and reality are the two distinguishing features about Yarber’s writing. Not all teens find redemption in The Judas Ride. Yarber considered trying to show the negative outcomes as much as the positive. She wasn’t thinking in terms of positive and negative but she did try to balance the two sides. Yarber says she often sees people daily that , “…have even more screwed up lives than these characters.” Yarber admits sometimes there is not an ending to the madness unless someone dies and then even after the death the ripples still linger. She has written another novel TARE and a children’s book Rocketships to Heaven and the SOS Fuel Station. She loves to run, read, shoot guns and watch her daughters play soccer.
Posted by April Erwin at 1/18/2010

our family is watching Stargate SG-1 too. we are a little ahead of you. We are in season 4.

Don't you love the series? Jack is such a fantastic character. This is at least my third time through the series. Sad right? But it's just one of the best I've ever watched. :)