Sometimes the internet get hungry and eats the strangest things. For example, I posted the CSFF tour for North! Or Be Eaten on January 29th. However, it's been eaten, not even a crumb remains.

SO, my apolgies to everyone on the tour, here is the post again. For my readers, Enjoy! This is a great read. Without further ado...

North! Or Be Eaten
Wild escapes. A desperate journey. And the ghastly Fangs of Dang 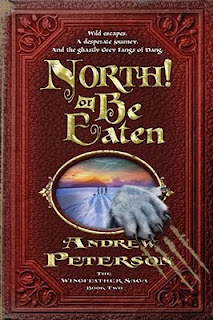 Janner, Tink, and Leeli Igiby thought they were normal children with normal lives and a normal past. But now they know they’re really the Lost Jewels of Anniera, heirs to a legendary kingdom across the sea, and suddenly everyone wants to kill them. In order to survive, the Igibys must flee to the safety of the Ice Prairies, where the lizardlike Fangs of Dang cannot follow. First, however, they have to escape the monsters of Glipwood Forest,1 the thieving Stranders of the East Bend,2 and the dreaded Fork Factory.3
But even more dangerous are the jealousies and bitterness that threaten to tear them apart, and Janner and his siblings must learn the hard way that the love of a family is more important than anything else. 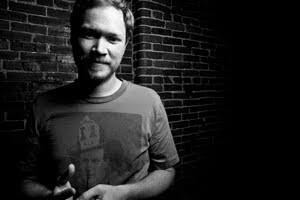 Many would consider the current setting of Peterson’s multi-faceted work somewhat idyllic. Last year, he relocated his family of five to a charming little house on the side of a hill just south of Nashville. The storybook dwelling offers a respite from the artist’s hectic schedule, while also quenching the boyish side of Peterson, always thirsty for a new adventure.