This week, the Christian Fiction Blog Alliance is introducing:
Love Finds You in Holiday, Florida 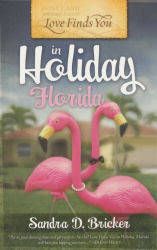 Lawyer Cassie Constantine has no plans to stay in Florida. She's here just long enough to sell her late husbands vacation house, a tacky bungalow she's always despised then she'll hightail it back to her gracious Boston brownstone.

But the place needs more work than Cassie bargained for. What's more, her widow status is like a target on her back and the elderly matchmakers around town manage to sidetrack her mission at every turn.

Holiday is a landmine of golf tournaments, ballroom dancing competitions, shuffleboard and day trips. But the biggest obstacle of all? Richard Dillon, the stuffed shirt she's paired with on the dance floor.

Cassie had always considered herself uptight but Richard won't take a walk on the beach without his socks and shoes! There's one little problem he makes her heart beat faster than the rhythm of the quickstep. Can Cassie and Richard let loose long enough to have a little fun?

If you would like to read the prologue and first chapter of Love Finds You in Holiday, Florida, go HERE. 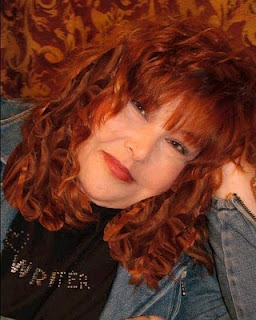 For more than a decade, Author Sandra D. Bricker lived in Los Angeles. While writing in every spare moment, she worked as a personal assistant
and publicist to some of daytime television's hottest stars. When her mother became ill in Florida, she walked away from that segment of her life and moved across the country to take on a new role: Caregiver.

One of Sandie's passions revolves around the rights of animals. She's been involved in fundraising for Lost Angels Animal Rescue for several years now; in fact, a portion of the proceeds of Love Finds You in Holiday, Florida will go to help the non-profit group with their expenses. And Lost Angels paid her back in a big way: They brought a free-spirited Collie named Sophie into her life after the loss of her 15-year companion Caleb.

It was her 8th novel that opened the door to finding her way as a writer.

In Sandie's words: "I guess most people would see my career as a publicist as a sort of dream job. But giving it up turned out to be the best thing that could have happened to me!" she declares. "Not only was I given the gift of getting to know my mother as an adult woman before she passed away, but I was also afforded the blessing of being able to focus completely on my dream of a writing career. I'm a Christian woman, first and foremost, so it was a bit of a dream-come-true when Summerside Press chose me as one of two authors to launch their new Love Finds You line."
Posted by April Erwin at 1/06/2010