Song Stuck on the Brain: Two Hands by Jars of Clay


This month, CSFF is touring: 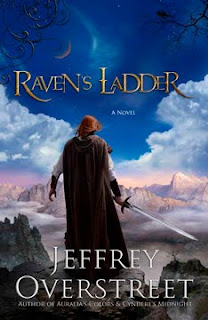 A DEADLY MENACE IS BREAKING THROUGH THE GROUND. THE PEOPLE OF ABASCAR MUST ABANDON THEIR STONE REFUGE AND FLEE INTO VULNERABILITY IN THE FOREST. BUT THEIR KING HAS HAD A VISION…

Following the beacon of Auralia’s colors and the footsteps of a mysterious dream-creature, King Cal-raven has discovered a destination for his weary crowd of refugees. It’s a city only imagined in legendary tales. And it gives him hope to establish New Abascar.

But when Cal-raven is waylaid by fortune hunters, his people become vulnerable to a danger more powerful than the prowling beastmen––House Bel Amica. In this oceanside kingdom of wealth, enchantment, and beauty, deceitful Seers are all too eager to ensnare House Abascar’s wandering throng.

Even worse, the Bel Amicans have discovered Auralia’s colors, and are twisting a language of faith into a lie of corruption and control.

If there is any hope for the people of Abascar, it lies in the courage of Cyndere, daughter of Bel Amica’s queen; the strength of Jordam the beastman; and the fiery gifts of the ale boy, who is devising a rescue for prisoners of the savage Cent Regus beastmen.

As his faith suffers one devastating blow after another, Cal-raven’s journey is a perilous climb from despair to a faint gleam of hope––the vision he sees in Auralia’s colors. 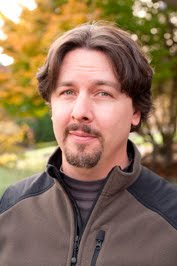 Jeffrey Overstreet is the author of The Auralia Thread, a four-volume fantasy series that includes "Auralia's Colors," "Cyndere's Midnight," and the upcoming "Raven's Ladder" (Feb. 2010). He also writes about art and culture at LookingCloser.org, and his "memoir of dangerous moviegoing" is a book called "Through a Screen Darkly: Looking Closer at Beauty, Truth and Evil at the Movies." Jeffrey's perspectives are also published at Filmwell.org, and his work has appeared in Image, Paste, and various other periodicals. He lives in Shoreline, Washington, and works as the contributing editor for Seattle Pacific University's magazine Response.

Check out the other tour member's blogs:

J. Overstreet is everywhere, is he not? Time mag, film, movie critic, novels. . .what a star.
Great post here!